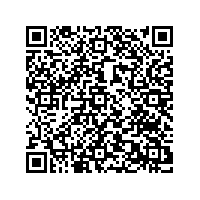 Subscribe to news
(PresseBox) ( Reutlingen, 13-04-11 )
.
- Manz acquires one of the world's leading battery manufacturer as a new customer
- Order volume of around EUR 4.5 million with potential for follow-up orders
- Positive prospects for 2013 with order backlog of around EUR 128 million

Manz AG, one of the world's leading high-tech engineering companies with its extensive technology portfolio covering the three strategic business areas of "Display", "Solar" and "Battery", has received an order of around EUR 4.5 million in its Battery division. In this division, Manz offers its customers equipment to produce Li-Ion battery cells and systems for the use in electro-mobility and stationary energy storage. This order from Saft comprises highly precise systems to manufacture prismatic battery cells. Thereby, Manz AG won out against competitors from Asia and Europe thanks to its extensive know-how in the process control, automation and laser technology areas due to its systems' marked superiority in terms of speed and construction size.

Dieter Manz, CEO and founder of Manz AG, commented on the order as follows: "We are proud that our machines' top quality proved persuasive to Saft, one of the most renowned and experienced lithium-ion battery manufacturers. Again our broad technological know-how as a high-tech engineering company has proved its worth. Our extensive automation expertise and systems' perfectly coordinated interconnection in the laser process, vacuum technology and measuring technology areas give us crucial competitive advantages both in cell manufacturing and in combining cells into complete battery systems. For this reason, we are confident that we can expand this new customer relationship in the future, and win further orders."

This received order in the Battery division is in line with the dynamic development of the order backlog since the beginning of the year. Over the past weeks Manz AG has already booked both new and follow-up orders in its Display division with a total volume of around EUR 80 million. The order backlog as of March 12, 2013 amounts to around EUR 128 million, which is significantly more than double the level of early previous year's level. Dieter Manz: "Since the beginning of the year the development in both our Display and Battery divisions is broadly positive. We regard this as clear evidence that our extensive technological portfolio, our company's strategically diversified orientation and our cross-sector technology transfer are successful and right."