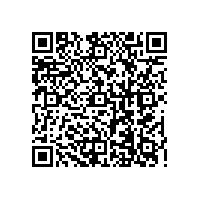 Manz AG, one of the world's leading high-tech engineering companies with an extensive technology portfolio covering the strategic divisions "Display", "Solar" and "Battery", has today published its preliminary figures for the year 2012. The results varied widely from one division to another: In its Display and Battery business units, the company recorded substantial growth rates. On the other hand, the situation in the photovoltaic market remained difficult. Corresponding loss in revenues in Manz AG's Solar segment partly was compensated by the highly positive development in its other segments. Overall, however, Manz AG recorded a 23.5% decline in revenues from EUR 240.5 million to EUR 184.1 million. Earnings before interest and taxes (EBIT) at EUR -30.7 million (previous year: EUR 3.1 million) were strongly burdened by one-off special effects amounting to around EUR 17 million resulting almost exclusively from the crystalline photovoltaics business. These special effects mainly result from devaluation of machineries in stock, capitalized development services as well as bad debt losses from Chinese customers.

Dieter Manz, CEO and founder of Manz AG, comments: "We have put a very eventful financial year 2012 behind us. Our overall results are significantly affected by the highly adverse market conditions in the solar industry as well as substantial special effects in the crystalline PV area. However, our comprehensive technological portfolio, the strategic diversification of our company and the transfer of technologies between industries were proven to be successful and correct. The development in both, the Display division as well as the new Battery division which was established last year, was highly satisfactory. This development also continued at the beginning of the current year. Even though we lagged behind our initial forecast for 2012 as already expected by the end of the previous financial year, with a current order backlog of roughly EUR 128 million we expect a double-digit growth in revenues in 2013 and therefore significant opportunities to improve again our profitability in a sustainable way. For the Solar division with a share of only just 5% of the order backlog, the future development of the solar industry holds a significant upside potential."

On the one hand, in the financial year 2012 the overall results were substantially burdened by consequently developing the next generation of production equipment for crystalline solar cells and thin film solar modules. On the other hand, the company's competitive position has strengthened. Manz completed the machinery for the solar industry and therefore sees very good opportunities to benefit from the next investment cycle.

The Display segment once again showed a convincing performance in financial year 2012. Here, Manz AG is profiting from the increasing integration of touch panel displays in a rising number of end products as well as from the booming global demand for tablet computers and smartphones. Revenues were up 12.9% over the year before, climbing from EUR 98.5 million to EUR 111.3 million. The highest growth rates in the previous financial year were achieved by the Battery segment with production equipment for manufacturing lithium ion batteries for automotive industry and stationary energy storage systems. Revenues increased considerably by 52.7% to EUR 14.5 million (previous year: EUR 9.5 million). By contrast the Solar division saw a marked fall in revenues due to the persistent investment restraint and fell by 77.5% from EUR 72.6 million in the preceding year to EUR 16.4 million. Therefore the persistent weakness of the solar industry in the financial year 2012 was also decisive for negative overall group results which were additional burdened by the special effects also resulting from the crisis in the solar industry.

Manz AG will publish its final figures for the 2012 reporting period together with its complete 2012 annual report on 28 March 2013.