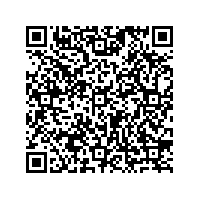 Subscribe to news
(PresseBox) ( Reutlingen, 17-04-25 )
• Eckhard Hörner-Marass, Chief Technology Officer, is to take over as CEO

Manz AG, a globally active high-tech equipment manufacturer with a comprehensive technology portfolio in its three strategic segments of Electronics, Solar and Energy Storage, announces that its Chief Executive Officer, founder and main shareholder, Dieter Manz, intends to put himself forward for election to the Supervisory Board at the Annual General Meeting which is to be held on July 4, 2017 and to step down from the Managing Board. The Supervisory Board is in agreement with both decisions.

Dieter Manz, Manz AG's CEO and founder, sums up the planned move as follows: "In 1987, exactly 30 years ago, I founded this company and since then I have been largely responsible for the development of Manz AG's business operations. At the start of 2017 we reached a major milestone by finalizing our strategic cooperation with Shanghai Electric and the Shenhua Group in the solar field and securing the associated orders which are the largest orders in our company's history. This lays the foundation for a sustainable profitable development of our company, and it opens up huge growth and revenue potential for the future. That is why I am firmly convinced that now is the right time to transfer the leadership of Manz AG to the hands of an experienced management team. I would like to use my experience to continue providing all the support that I can to the company as its main shareholder and as a member of the Supervisory Board."

Mr Manz's duties as CEO will in future be undertaken by Eckhard Hörner-Marass, currently Chief Technology Officer. Mr Hörner-Marass joined the company's Managing Board in 2016 and since then has been in charge of the establishment and operative implementation of the Group's restructuring measures which were initiated at the end of 2015. The aim of the "Manz 2.0" program which has now been turned into a continuous improvement process is fine-tuning the corporate strategy and also improving the business structures and processes in order to ensure that the company can durable grow profitably again in future based on a sounder business model. Mr Hörner-Marass's field of responsibility will also include the strategic business units of Energy Storage and Electronics as well as the key areas research & development and business development. In future, the responsibilities of Chief Operations Officer Martin Drasch will encompass not only the Production and Purchasing fields as well as the Contract Manufacturing and Service reporting segments, but also the strategic business unit Solar which has until now been the responsibility of Mr Manz. Also, as already reported, Gunnar Voss von Dahlen will take up the post of Chief Financial Officer as from June 2017. He will be responsible for the Finance and Controlling, Human Resources, IT, and Organization and Administration divisions.

Eckhard Hörner-Marass, Chief Technology Officer: "Under the leadership of Dieter Manz Manz AG has successfully established itself as a globally active high-tech equipment manufacturer in dynamic growth markets. Over this period continual improvements have been made at Manz AG which have enabled it as a medium-sized Germany company to cope with a series of difficult phases, such as the recent solar energy crisis or the financial crisis. This is a managerial performance which warrants the greatest of respect. I am delighted to have the opportunity to build on this foundation and to work with my fellow members of the Managing Board and Supervisory Board to continue the progress that Manz AG has made."