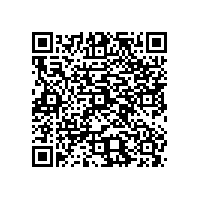 (PresseBox) ( Offenbach / Main, 08-06-02 )
Efficient production of short runs with short makeready times is one of the biggest challenges for printers as it is for all press manufacturers. A fact for manroland to take action with the ROLAND 700 DirectDrive towards setting a benchmark in plate change with sheetfed offset presses in middle format.

It's well over a year now that the ROLAND 700 DirectDrive has been successful in the market, so the time is right for the "world makeready champion 2007" to prove its capabilities and go after a new world record in plate change. On May 26, 2008, at 8 a.m. sharp, the race against time was on at Rösler Druck GmbH, one of the leading printing companies in the larger Stuttgart area. The company in the Swabian town of Schorndorf, Germany defines itself as a service provider up to the latest in printing, prepress, innovation and information technology, and has built up a high reputation with this business philosophy. The challenge in a notarially at-tested attempt at a world record was to achieve "at least 103 plate changes within 24 hours". The prerequisite for the record: minimization of makeready times.

The Rösler management, notary Helmut Hahn and highly motivated press opera-tors were present when the signal sounded to start the attempt at a record with the six-color ROLAND 700 DirectDrive with double coating system. How many printing plates can the press process within a day, producing a four-color customer job of 1,000 printed sheets per run? The printing was done from typical commercial forms on Sappi Tempo Silk paper, 150 gsm. After every 1,000 good sheets, a plate change was made. Three times within 24 hours, the notary ascertained on-site that the print production was proceeding rightfully, checking sheet counter totals of the press, counting sheets printed and plates consumed. The result: 169 form changes (676 plates) within 24 hours - that's a world record. Rösler Druck was one of the first printing companies in the world to use direct drive; the joy of innovation and the confidence in this makeready-reducing technology has paid off for the printing company. "The record shows how efficiently manroland customers can produce with the new DirectDrive technology - such productivity in short-run printing would have been inconceivable only a few years ago," says Dr. Markus Rall, Member of the Board manroland AG, Business Sector Sheetfed Presses. Erhard Sass is one of the six press operators, working with two printers in a shift, whose feat put manroland on the winners' rostrum. Her remarked on the groundbreaking technol-ogy: "ROLAND 700 DirectDrive radically reduces makeready times and has thus earned us the world record."

Rösler Druck with some 40 employees produces products of the highest quality for industry customers and the customer segment "Art and Culture" with high and maximum demands on quality. Mainly, the company prints brochures, folders, cata-logs, books, illustrated volumes, art prints and posters.

The ROLAND 700 DirectDrive operates with directly driven plate cylinders in all printing units. The use of the groundbreaking technology in combination with QuickChange, the makeready-reducing package with many presetting functions, and APL, the automatic plate change system, can substantially cut makeready times. With simultaneous plate change system and parallel makeready operations in blanket-cylinder, impression-cylinder and inking-unit wash-ups, plus ink feed, up to 60 percent of makeready time can be saved - the basis for the new world re-cord.

manroland AG is the world's second largest printing systems manufacturer and the world's market leader in web offset. manroland employs almost 9,000 people and has annual sales of some Euro 2 billion with an export share of almost 84%. Web and sheetfed offset presses provide solutions for publishing, general commercial and packaging printing.