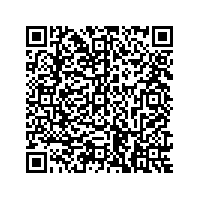 Subscribe to news
(PresseBox) ( Munich, 17-03-27 )
.
- Spedition Hillert acquires MAN TGX EfficientLine 3, which it believes to be the most cost-efficient vehicle on the market
- 500 MAN trucks supplied by MAN over 35 years
- MAN TeleMatics and MAN ProfiDrive optimise the haulage firm’s day-to-day activities

In January 2017, the Bocholt-based haulage firm Spedition Hillert acquired four MAN TGX 18.460, including the first TGX Efficient Line 3 produced by MAN, and its 500th MAN truck. Three quarters of the MAN branded fleet of vehicles with 96 units are semitrailer combinations of the 1st and 2nd generations of EfficientLine. Services offered by MAN, such as MAN TeleMatics, training sessions by MAN ProfiDrive and Connected CoDriver, optimise the company’s economic efficiency.

MAN showcased the nine vehicles of the 2017 model year at IAA 2016, and transport efficiency has been optimised further with the 3rd generation of MAN TGX EfficientLine. Hillert Managing Director Dirk Pelster believes the vehicles delivered by MAN are the answer to the sector’s challenges: “Efficiency, sustainability, preserving the environment and reducing the consumption of diesel are issues that matter to us. We therefore believe, after our positive experiences with previous MAN models, that we will now be well-placed with the MAN TGX EfficientLine 3. For us, this is the most cost-efficient vehicle on the market.”

Dennis Wirtz, Fleet Manager for Spedition Hillert, sees a clear savings potential in the services offered by MAN: “Driver training by MAN ProfiDrive has provided us with a fuel saving of around 5%. The result of individual driver training by MAN Connected CoDriver are excellent consumption values. What is more, MAN TeleMatics is also very useful for assessing economic efficiency, drafting reports and managing the fleet of vehicles.” The haulage firm has been relying on this tool since the introduction of MAN Telematics in 2002, and has equipped the entire fleet of 96 vehicles with it.

A look back to 2010: MAN described their commitment to increasing transport efficiency with the slogan “Consistently efficient”, in order to optimise the Total Cost of Ownership (TCO) of hauliers. Since the introduction of the MAN TGX EfficientLine semitrailer combinations in 2011, MAN has continuously developed the product further and showcased the third generation at IAA 2016. The high-torque MAN D26 CommonRail engine, optimisations in aerodynamics and the combined TCO-supporting assistance systems EfficientCruise and EfficientRoll all contribute to making the EfficientLine 3 both more powerful in its performance and torque, but simultaneously also more economical than its predecessors.

The production of vehicles for the 2017 model year with a new external and internal design and the Euro 6 driveline, optimised for any application, began at MAN’s production facilities in January 2017.

Hillert GmbH & Co. KG, a medium-sized haulage firm based in Bocholt, was founded in 1953 and has been on the move with semitrailer combination and swapbody transport since 1962. MAN’s vehicles have been part of the fleet since the early 1980s; prior to this, it was Büssing that supplied the vehicles. In 2017, Hillert put into service its 500th MAN vehicle. The fleet currently has 96 units. The haulage firm also has a workshop and a truck washing station.

MAN Story on the use of the 1st MAN TGX EfficientLine 3 by Spedition Hillert at https://www.youtube.com/watch?v=gVXqdXJlSDo&t=1s

MAN Truck & Bus is one of Europe's leading manufacturers of commercial vehicles and supplier of transport solutions, with revenues of approximately €9 billion a year (2016). The product portfolio includes trucks, buses and diesel engines, as well as services related to passenger and cargo transport. A subsidiary of Volkswagen Truck & Bus GmbH, MAN Truck & Bus employs more than 35,000 people worldwide.