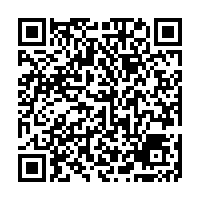 (PresseBox) ( München, 08-05-21 )
As from 22 May 2008, MAN AG will be presenting its corporate retrospective "250 Years of MAN - From Ironworks to Engineering Enterprise" at the Rhenish Industrial Museum in Oberhausen. This special exhibition will show selected examples of typical local objects. Basic cooking pots were the first products created here in 1758. 250 years later, MAN is one of Europe's largest engineering enterprises manufacturing huge marine engines, trucks, buses, turbines and compressors. "MAN stands for change. In the course of its long history, the company has always been ready to change what had to be changed. This is the essence of group's continuity," said Klaus Stahlmann, Executive Board Chairman of MAN Turbo AG, Oberhausen, at a press conference to mark the opening of the exhibition.

At the same time, the area's first ironworks, St. Antony Ironworks, has reopened its gates with a new and elaborately designed permanent exhibition. These ironworks were not only the cradle of Ruhr industry, but also of the MAN Group. In addition to the items on permanent display, the museum's attractions also include archaeological excavations at its industrial site. Today, MAN Turbo employs some 1,640 people at the Oberhausen plant.

Novel exhibits not only illustrate various milestones in the company's history, but also narrate small anecdotes. Visitors can for instance discover what Westphalian ham has to do with the foundation of St. Antony Ironworks, how an elephant's ride in the Wuppertal suspension railway came to an abrupt end and the impact a sleeping car ticket had on the company's history.

High-impact moving pictures are displayed in the Media Lounge. Historical documents showing the construction of the Müngsten Bridge, early advertising films and topical film material from various eras of the company's history offer an insight into the past, present and future of MAN. Specific examples are used to demonstrate the challenges now facing MAN's engineers and their achievements to date.

More than almost any other region in Europe, the federal state of North Rhine-Westphalia was dominated by industrialisation for more than 150 years. Numerous industrial plants transformed the landscape in the areas concentrated along the Rhine and Ruhr rivers. Founded in 1758, St.

Antony Ironworks was the first iron and steel factory in the Ruhr region and is regarded as the cradle of both Ruhr industry and the MAN Group. With considerable support from MAN, the Rhenish Industrial Museum presents an impressive permanent exhibition in the former residential and counting house, reflecting the origins of industrial activity in the Ruhr area. On the land surrounding St. Antony Ironworks, archaeological excavation work has been carried out to locate traces of the Ruhr region's first blast furnace. By 2010, the area is to become an industrial archaeological park.The excavation site with its remains of early production facilities will then be open to the public, protected by a futuristic steel roof.

The MAN Group is one of Europe's foremost industrial players in the sector of Transport-Related Engineering, with sales in 2007 of some €15.5 billion. As a supplier of trucks, buses, diesel engines, turbo machinery and industrial services, MAN employs a workforce of around 55,000 worldwide. The MAN business areas hold leading positions in their markets. MAN AG, Munich, is listed in the DAX (German Stock Index) which comprises the thirty leading stock corporations in Germany.