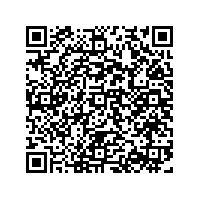 On 4th October 2007 MAN Nutzfahrzeuge officially opened its new assembly plant for heavy trucks in Niepolomice near Cracow, Poland. Some 500 guests attended the opening ceremony, among them high-ranking politicians from Poland and Germany, MAN employees and representatives of the companies involved in the building project.

In his speech Mr. Weinmann underlined the fact that Poland has become an important pillar in the international growth strategy of MAN Nutzfahrzeuge: "We build our low-floor buses in Starachowice, our city buses in Poznan and now our heavy trucks in Niepolomice. After all, every second major logistics provider in Poland now bases its operations on MAN products".

Mr. Weinmann addressed a special word of thanks to the Mayor of Niepolomice, Stanislaw Kracik, emphasising that he had supported MAN Nutzfahrzeuge in the building project right from the start. After Mr. Weinmann's speech Stanislaw Dziwisz, the Archbishop of Cracow, pronounced the blessing on the new plant.

The new plant has now commenced series production and with its present workforce of 400 will have produced up to 4,000 trucks by the end of the year. It is designed for a maximum output of 15,000 units per shift. By mid-2010 the company will be employing at least 650 people at the new facility.

And we want to share in this growth," said Lars Wrebo, Director Production at the MAN Nutzfahrzeuge Group, at the official opening. The trucks to be built near Cracow are above all to satisfy the demand from these growth regions.

Components such as axles, cabs and engines will be supplied direct from the network of production plants in Germany and Austria.

Alongside the bus plants in Starachowice and Poznan, the truck plant by Cracow is the third Polish location in the interlinked production set-up operated by MAN Nutzfahrzeuge. The decision in favour of Cracow was made after an intensive search in which factors such as the infrastructure, costs, availability of qualified labour and the legal and industrial framework played a key role.

"The decisive point was finding the right balance between logistics costs and personnel costs. Cracow is our geographical optimum," explained Dr. Marc Sielemann, Managing Director of MAN Trucks Sp. z o.o. near Cracow and also General Project Manager in charge of construction of the new truck plant. He went on to mention the very good experience in the existing plants in Poland.

The MAN Group is one of Europe's foremost industrial players in the sector of Transport-Related Engineering, with sales in 2007 of some €15.5 billion. As a supplier of trucks, buses, diesel engines, turbo machinery and industrial services, MAN employs a workforce of around 55,000 worldwide. The MAN business areas hold leading positions in their markets. MAN AG, Munich, is listed in the DAX (German Stock Index) which comprises the thirty leading stock corporations in Germany.