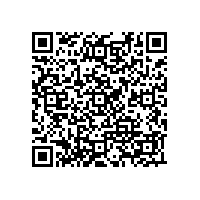 "MAN will systematically drive forward its long-term strategy. We will achieve another milestone in this strategy by acquiring Volkswagen's commercial vehicles arm in Latin America. In addition to the commercial vehicles business, mechanical engineering represents a stabilizing and balancing element of our activities. As a company with low financial debt and strong capital resources, MAN is well prepared for difficult times," said CEO Håkan Samuelsson at the presentation of the Group's results for the year.

Operating profit increased by 11 % in 2008, with all business areas contributing to this growth. While Commercial Vehicles maintained its high level (+2%), operating profit at Diesel Engines rose by 25 % and at Turbo Machinery by 42 %. Earnings per share from continuing operations (i.e., excluding MAN Ferrostaal) amounted to € 7.76, 7 % above the previous year (€ 7.27). The Executive Board and the Supervisory Board propose a dividend of € 2.00 per share to the Annual General Meeting.

Despite a difficult environment, the MAN Group lifted its revenue by 6 % in 2008 to € 14.9 billion (previous year: € 14.1 billion). Commercial Vehicles recorded a slight increase of 2 % to € 10.6 billion (previous year: € 10.4 billion). Overall, the trucks business remained stable despite the significant decline in demand in H2. MAN also increased its market share of trucks over 6 tons to 16.6 % in Europe, again making it the continent's second-largest truck brand. Revenue from buses grew by 10 %. Diesel Engines performed extremely well, with revenue up by 17 % to € 2.5 billion, as did Turbo Machinery, up 20 % to € 1.3 billion. For the first time, MAN's subsidiary RENK generated revenue in excess of half a billion euros (+22 %).

The order intake fell from € 17.8 billion to € 14.0 billion due to the sudden deterioration in the market in the second half of the year; however, this still represents a high level. The commercial vehicles business was significantly affected by the economic downturn, declining by 28 %. Diesel Engines recorded an 8 % drop in order intake, with demand for marine diesel engines falling in particular. This contrasted with extremely dynamic power plant business and the expansion of MAN's service network. Orders at Turbo Machinery also remained stable (-2 %). Although the order backlog decreased for the whole Group to € 10.4 billion (previous year: € 12.3 billion), it again reached a high level by comparison with the long-term trend.

The weak demand was reflected in declining orders both in Germany (-27 %) and abroad (-19 %). The high volume of major orders amounting to € 1.8 billion had an offsetting effect (previous year: € 1.2 billion). In particular, orders for turnkey diesel power plants at MAN Diesel played a key role.

2008 saw generally good utilization of MAN's production capacity. However, initial measures were taken to adjust capacity at Commercial Vehicles to reflect the change in the economic situation. At the same time, MAN continued to focus on key future areas in commercial vehicles. For example, MAN Nutzfahrzeuge has one of the most state-of-the-art product programs for vehicles and services. It will also continuously expand the increasingly important after-sales business.

On December 31, the MAN Group employed 51,321 people including temporary employees, up 1.8 % on the previous year (50,399). However, the number of temporary employees was substantially reduced at the end of the year (-38 %). Flexible working time models were used at Commercial Vehicles in response to the fall in demand. A systematic cost-cutting program is also being implemented throughout the Group.

In 2008, the Group drove forward its focus on business areas in transportrelated engineering. The sale of a 70 % stake in MAN Ferrostaal to investor IPIC completes this focusing process. In addition, MAN took important steps to tap new growth markets: In China, it opened a new production plant for Turbo Machinery. The acquisition of VW Truck & Bus in Brazil means that MAN will have a presence in all the BRIC countries. The purchase is being financed by a new loan that MAN agreed with a banking syndicate. As a result, the Company becomes the market leader in Brazil for heavy trucks. This move also enables considerable synergies to be realized with MAN Nutzfahrzeuge and growth potential to be leveraged throughout Latin America.

In addition to its traditional activities, Diesel Engines is primarily expanding its high-growth power plant business as well as its service business, which offers retrofit packages as cost-effective and environmentally friendly solutions for older engine types. MAN Turbo is also focusing on the expansion of its global service network and new products.

On the basis of strong European business, these steps provide the foundations for further international growth. Going forward, MAN aims to reflect its greater internationalization in its legal form as well. The Executive Board and Supervisory Board will therefore propose the reorganization of MAN Aktiengesellschaft as a European Company (SE) to the Annual General Meeting.

The outlook for 2009 remains subject to major uncertainties because the situation on the financial markets and future economic developments continue to be unclear. Overall, MAN expects a lower order intake and reduced revenue. A significant decline in revenue and return is forecast for Commercial Vehicles, while Diesel Engines, Turbo Machinery, and RENK will remain stable this year.