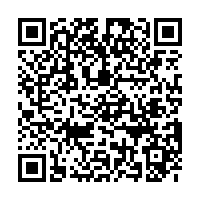 Subscribe to news
(PresseBox) ( München, 08-10-30 )
The MAN Group continued to grow in the third quarter, with a strong increase in net sales and a substantial improvement in earnings. However, the effects of the global financial crisis and the economic slowdown have led to a considerable decline in orders, particularly for commercial vehicles. While we expected a slowdown in demand, it proved to be faster and sharper than we had forecast at the beginning of the year. High fuel prices and tougher financing conditions have caused considerable uncertainty among our truck customers and led to a slowdown in purchases. Nevertheless, the Group's order intake remained higher than net sales in the first nine months, and our order backlog increased as against the beginning of the year.

This reflects the MAN Group's strength: As a manufacturing company with high added value, low debt, and strong capital resources, we are not directly affected by the financial crisis. We have transformed the Group in recent years and now have much more flexible cost structures. We also have a corporate structure that is both focused and balanced, and which cushions the effects of economic fluctuations.

For example, we resolved at the beginning of October to sell our majority stake in MAN Ferrostaal AG, thus completing the focusing process that we initiated in 2005. This means we can now concentrate on strong manufacturing business areas: on the one hand, the commercial vehicles business, and on the other, mechanical engineering activities, comprising turbo machinery, diesel engines, and gearboxes, which represent a stabilizing and balancing element. MAN's new structure puts us in a strong position. We are concentrating on market segments with sustainable global growth opportunities in the areas of transport and energy. The MAN Group is sufficiently focused to be successful in all its business areas.

Orders fell by 9% in the first nine months of the year, due primarily to a sharp decline at our Commercial Vehicles business area (15%). This contrasts with the continued strong order situation at Diesel Engines and Turbo Machinery. At Diesel Engines, the major order from Electricité de France (EDF) to construct power plants in various French departments that was reported at the beginning of October will not be reflected in the order intake until the fourth quarter.

Despite the increasingly tough market environment, the MAN Group continued to increase its net sales and earnings in the third quarter of 2008. Net sales rose by 15% in Q3 and were up by 18% in the first three quarters to Euro 11 billion. Our operating profit also improved by 26% year-on-year in the third quarter and by 37% year-on-year in the first nine months to Euro 1,371 million. As a result, our nine-month return on sales (ROS) increased from 10.8% in the previous year to 12.5%.

At the end of September, the MAN Group employed 52,660 people. As a result of the fall in demand for commercial vehicles, we will significantly reduce the number of temporary employees (3,389 at September 30).

The current situation on the financial markets means it is more difficult to make forwardlooking statements. We are forecasting a decline in the order intake for full-year 2008 as against the previous year, due mainly to the significant reduction in orders in the Commercial Vehicles business area. However, net sales will again exceed the prior-year level. We are predicting our return on sales (ROS) to be just under 12% (previous year: 11.2%).

The sale of a 70% stake in MAN Ferrostaal is expected to be completed in the first quarter of 2009. Until then, we will report this area as a discontinued operation.

Despite the economic uncertainty and the much lower order intake for trucks, we have a strong basis for fiscal year 2009 thanks to our balanced Group structure, high order backlog, and increased flexibility. These factors will cushion the effects of the economic downturn.