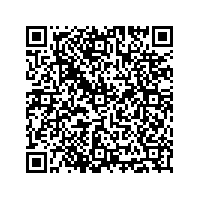 New German subsidiary will initially focus on sales and European partnerships.
With 95 per cent of sales outside the UK, M Squared's German office supports international push


M Squared, the UK-based pioneer in photonics and quantum technology, today announces its expansion into Germany with the establishment of a Berlin office located in the Science and Technology Park, Berlin Adlershof.

M Squared is a leading developer of photonics and quantum technology and one of the fastest-growing tech companies in the UK. Its tools are used in collaboration with Nobel Prize-winning scientists, some of the world's top universities and innovative manufacturers.  M Squared is headquartered in Glasgow, and the new Berlin office will add to its additional locations in London, Surrey and the USA.

M Squared Germany will be headed up by Dr Thomas Laurent. New to M Squared, but with almost 20 years of experience in the Photonics industry, Thomas will manage the sales activities in Germany, Austria and Switzerland (the DACH region). M Squared will offer sales and support for the company's growing European customer base via a team of scientific product specialists, and support teams.

There are further plans in place to extend ongoing R&D and collaborative efforts from this new facility to strengthen partnerships and collaborations across Europe.

M Squared currently employs more than 100 staff globally, with over 60 per cent of its team working in high-value scientific and technical roles. In Berlin, the company is planning for rapid business growth, which will provide significant employment opportunities across the region.

The location of Berlin Adlershof Science City, one of the most successful high-technology sites in Germany, will provide the opportunity for the company to work alongside universities, non-university research institutes, and over 1,100 businesses.

With a strong academic ecosystem and industrial foundation in Berlin and across Germany, M Squared will also benefit from collaboration with the many companies feeding into the photonics and quantum technology supply chain.

“We have been supporting European customers and partners since 2006, and have seen first-hand the benefits and power of these interactions. With the establishment of our German subsidiary, we are making a conscious commitment to our European network and taking the lead in making our full range of technologies and services available to pioneers across Germany, Austria and Switzerland. Germany is a fantastic place to be expanding to from a technology standpoint, and we look forward to further building relationships and establishing long-term supply chains."

Dr Thomas Laurent, General Manager and Head of Sales DACH of M Squared Germany, says: "In my new role at M Squared Germany, I am delighted to be focusing on the photonics and quantum industries and returning to my academic roots in solid-state lasers. Berlin Adlershof has proven to be a hotspot for bringing together scientific talent and commercial ambitions. I look forward to presenting the latest photonics platforms and introducing ground-breaking quantum technology systems and applications to the scientific and research communities across the region and subsequently presenting M Squared's new industrial applications. It's an exciting time for the business, photonics is going from strength to strength, and I am looking forward to welcoming new talent to support the growing team here in Berlin."