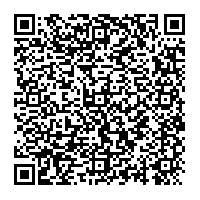 "We are pleased to offer the Self-Test Library addition to our StellarisWare software suite. It nicely complements the hardware safety features of current and upcoming Stellaris microcontrollers," said Jean Anne Booth, CMO at Luminary Micro. "The library will aid our customers in their ability to get quality, safety-compliant Stellaris-based products into market in an adroit and cost-effective fashion."

In order for an appliance product to achieve Class B compliance, OEMs must test specific components of the product before shipping the product into the market, and the final product applications must regularly self-test during normal operation. Table H.11.12.7 in Annex H of the IEC60730 standard lists the MCU components to be tested, the faults to be detected, and the appropriate reactive measures. The components include the CPU, interrupts, clocking, memory, communications, analog to digital converters, and internal address and data paths. These components are covered by the Self-Test Library provided by Luminary Micro for Stellaris microcontrollers. As a library, it is easy for manufacturers to test specifically the components that are used by the application, and to handle faults in a way that is appropriate to the application (for example, braking to shut down a motor application).

Current and future Stellaris microcontrollers are designed specifically for safety-critical industrial and consumer applications, offering integrated features such as high-reliability automotive-grade flash memory, up to two watchdog timers that take advantage of the non-maskable interrupt (NMI) handler safety feature of the ARM Cortex-M3 processor, and deterministic, fast interrupt processing through the nested vectored interrupt controller (NVIC). Some Stellaris family members also offer an integrated precision oscillator to supply an independent time base when periodic safety tests are executed. In addition, select Stellaris microcontrollers include ROM preloaded with a cyclic redundancy check (CRC) function, which is especially useful in verifying the contents of the Stellaris microcontroller's memory.

The advanced motion control of Stellaris microcontrollers also integrates important safety features, such as fault conditioning for each of the four motion-control PWM output pairs in order to provide quick motor shutdown in low latency situations and quadrature encoder inputs for precise closed-loop control. From an analog standpoint, Stellaris microcontrollers feature analog comparators to trigger Stellaris' accurate analog-to-digital converter and to trigger an interrupt when needed, which is useful for infrequent out-of-range events such as a current or voltage spike. This Stellaris capability eliminates the performance-wasting requirement of constant CPU polling. In addition, Stellaris microcontrollers feature an internal temperature sensor, which can be used to monitor and shut down an appliance if the appliance overheats. Finally, the Stellaris family offers highly synchronized connectivity features for precision internetworking, such as a fully integrated 10/100 Ethernet MAC/PHY augmented with hardware assisted IEEE 1588 Precision Time Protocol (PTP) capability, and up to three integrated Controller Area Network (CAN) 2.0 MACs. These features, along with the vast range of other features in the Stellaris family, favorably position the microcontrollers into cost-conscious applications requiring significant control processing, connectivity, and safety capabilities, such as cooking products, washing/drying machines, dishwashers, refrigerators and freezers, HVAC controls, motor controls, vacuum cleaners, building access, lifts and elevators, medical instrumentation, and gaming devices.