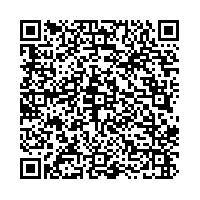 Pete has more than 25 years of experience in the electronics industry, covering automotive plant operations, quality assurance, project engineering, and sales and marketing. He was most recently the Vice President of Americas Sales at Microchip Technology, and earlier in his career founded an electronics manufacturer's representative company and has successfully represented companies such as Sharp, AT&T, Xilinx, International Rectifier, and NEC.

"Luminary Micro is an exciting company with tremendous upside," Zimmer said. "The company offers an extensive and compelling line of Stellaris® ARM® Cortex(TM) -M3-based microcontrollers, production-ready modules, and evaluation and reference design kits. The company has already seen significant global success - being named by Frost and Sullivan as the 2008 Global Entrepreneurial Company of the Year in recognition of this achievement - and I look forward to joining the team as Luminary Micro's growth accelerates."

"Bringing a sales executive of Pete's caliber to Austin is a great benefit for both Luminary Micro and the Austin technology base," said Jimmy Treybig, NEA Venture Partner and Luminary Micro's Chairman of the Board. "Pete is well-known for building teams that serve customers and solve problems. I know he is looking forward to helping Luminary Micro's customers solve their challenges in energy, security, and connectivity applications."

The global executive search to fill this role was led by Brad Westveld of ON Search Partners.