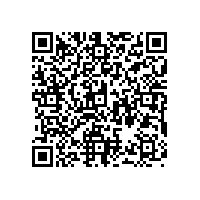 Subscribe to news
(PresseBox) ( Unna, 14-06-13 )
LTi REEnergy GmbH has been presented with the Intersolar AWARD at Intersolar Europe. The company came out on top in the category "Solar projects in Europe". The prize was awarded for a 15 MWp outdoor facility located in Zelzate, Belgium, on what was originally a gypsum stockpile. LTi REEnergy had supplied 60 central inverters for this project.

The Terra Nova - new earth project demonstrates the many benefits of solar energy. The difficult terrain of a former dumping ground was reused; small investors and residents were also involved in a way that sets an example for other projects. Involvement in the facility pays off many times over through self-provision and additional returns. What is more, the dumping ground is covered in order to reduce dust, representing a positive for residents. The project is also outstanding in terms of technology and design: LTi REEnergy's liquid-cooled inverters are perfect for use in dusty environments. "We are delighted to have received one of the most important awards in this industry, and are proud of the fact we came out on top despite the high number of applicants," says Michael Bellmer, Managing Director of LTi REEnergy GmbH. Terra Nova, the group formed especially for the project, has come up with an innovative and environmentally friendly idea that demonstrates that solar projects of the future can not only generate energy, but also protect and improve the environment.

This is the seventh time that the solar sector has demonstrated its innovative power at Intersolar Europe which took place in Munich at the start of June and is the world's largest exhibition for the solar industry and its partners. The ten most innovative companies were presented with awards during an official ceremony at the Intersolar Europe Innovation Exchange. The Intersolar AWARD was granted for pioneering solutions in photovoltaics (PV) and solar projects in Europe.

LTi REEnergy develops and supplies inverter solutions in the range of 250 kW up to 2 MW turnkey stations for utility and large-scale photovoltaic power plants. The intelligent architecture of the inverters is reducing the costs of transporting and installation. Additionally the scalable value-added model meets the requirements of local content.