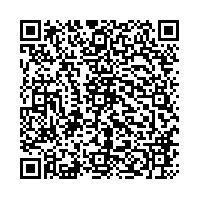 Subscribe to news
(PresseBox) ( Milpitas,CA, 09-02-24 )
Linear Technology announces the LTC3534, a 7V synchronous buck-boost converter that can delivers up to 500mA of output current to a regulated output above, below or equal to the input using a single inductor. The device's topology provides a continuous transfer through all operating modes making it ideal for three- or four- cell Alkaline/NiCad/NiMH or single cell lithium applications which must maintain a constant output voltage even as the battery voltage declines below the output. A typical application is alkaline cells with an input voltage range of 3.6V to 6.4V, powering a 5V output rail. In most cases this Buck-Boost DC/DC Converter can add up to 25% more battery run-time compared to a traditional SEPIC solution. The LTC3534's constant 1MHz switching frequency ensures low noise while minimizing the size of external components. The combination of tiny externals and a 3mm x 5mm DFN (or SSOP-16) provide a tiny solution footprint, typically required in handheld applications.

The LTC3534 includes two N-Channel MOSFETs and two P-Channel MOSFETs (215mOhm/275mOhm and 260mOhm, respectively) to deliver efficiencies of up to 94%. Burst Mode® operation requires only 25uA of quiescent current while shutdown current is less than 1uA, further extending battery run-time. If the application is noise sensitive, the PWM pin can also be configured to provide forced continuous operation to reduce noise and RF interference. Other features include soft-start, current limiting, thermal shutdown and output disconnect.

LTC3534EDD is available from stock in a 16-lead 3mm x 5mm DFN package, and the LTC3534EGN is available in a 16-lead SSOP package. Pricing for both versions is $3.15 each in 1,000 piece quantities. For more information, visit www.linear.com.

Everything in view with the Cable Scout Cam inspection camera