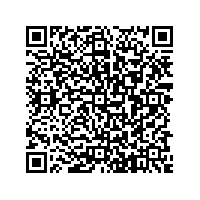 Subscribe to news
(PresseBox) ( EW Haarlem, 08-05-22 )
Publisher Lighthouse Interactive and developer VSTEP today released a new update to their successful simulation hit Ship Simulator 2008. This highly realistic simulator puts players at the helm of some of the World's most varied and detailed ships found at sea, allowing them to explore accurately recreated environments. Ship Simulator is available in 20 countries and 7 languages.

Some of the new key features included in Update 1.4.1 include:
- Towing performance improved - Towing has been enhanced by a new system that improves the towing performance of all tugboats.
- Improved ocean bump maps and ship dynamics - Wave effects on all ships have been improved, recreating waves on a more realistic scale and intensifying the sailing experience for all vessels.
- Improved AI awareness - AI captains have better awareness and, depending on the size and speed of your vessel, AI controlled ships will stop for your ship to pass.
- Pushboat connection - The pushboat is able to connect to the barges using a new type of rope only available for the pushboat.

To find out more about Ship Simulator 2008 and to keep up with the latest news, visit: www.lighthouse-interactive.com and www.shipsim.com

VSTEP develops professional simulators for fire-fighters, train drivers, safety officers, and nautical training. Since its initiation in 2002, VSTEP has completed over 30 training simulators for customers like the Royal Dutch Navy, the Port of Rotterdam, Falck/Nutec, and the Dutch Railways. VSTEP's experience and core technology from these projects has been adapted to deliver a "true to their roots" simulator for the home PC user.