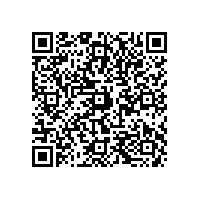 Subscribe to news
(PresseBox) ( Rastatt, 15-09-18 )
Exciting Lawo radio products and features are awaiting launch at noon on Friday, at IBC (Hall 8 Stand B50).

Introducing the new sapphire compact radio console. With its advanced feature set including Autogain, Automix and motorized faders, sapphire compact is designed for fast-paced live radio shows. A unique layering feature allows the console to handle a live broadcast while performing additional tasks, such as voice tracking, phone call editing, and even light production. The elegant and flexible control surface design is available in desktop or flush-mounted styles. A deceptively-compact 1RU engine powers the control surface and delivers sophisticated signal processing functions, along with a full complement of audio inputs and outputs – both analog and digital. Optional features include RAVENNA/AES67 IP-Audio networking and HD-SDI de-embedding.

VisTool v5.0 is the latest major upgrade to Lawo’s powerful control panel building software. Broadcasters can now use VisTool for easy creation of custom status displays, tablet and touchscreen-based panels, and even mixing console controllers. Version 5.0 brings several new GUI elements, including the ability to place web page objects on custom panels. And while VisTool has always been fully integrated with Lawo radio consoles, this update expands integration with further devices via the Ember+ control protocol, while a new logic engine enables rules-based decisions and actions.

With the upcoming release Jade 2.4, all versions of Jade Engine will feature 64 channels of  bi-directional RAVENNA/AES67 streaming, the ability to run the software as a background service and a graphical refresh. Jade Studio is now fully remote controllable over Ember+ and can be run as a Windows Background Service

Lawo designs and manufactures pioneering audio and video technology for TV and radio broadcast production, post-production, as well as live performance and theatrical applications. Products include digital audio mixing consoles, routers, video processing tools as well as IP-based video and audio transport solutions. All products are developed and manufactured according to highest quality standards at the company's headquarters in the Rhine valley town of Rastatt, Germany. For additional information, please visit the company online at www.lawo.com.