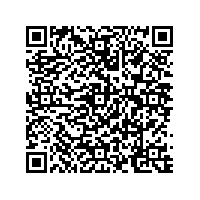 Subscribe to news
(PresseBox) ( Höhenkirchen-Siegertsbrunn, 13-03-28 )
Lauterbach, the leading manufacturer of microprocessor development tools, recently announced its support for the Windows® Standard OS family. All flavours of the Windows® OS, including Windows® Embedded Standard, are supported for the versions Windows® XP, Windows Vista, Windows® 7 and Windows® 8. The debugger "TRACE32®" also respects the SMP variants for multicore /hyper-threaded systems. TRACE32® allows easy development and test of kernel modules, drivers, processes and DLLs, be it on single core or SMP systems. This support is available for all x86 and ATOMTM boards having a JTAG interface.

For a long time, TRACE32 had has a special support for Windows CE/EC on various architectures. Lauterbach now added an "awareness" for the standard Windows OS systems, too. This includes all Server, Desktop and Embedded flavours of Windows XP, Windows Vista, Windows 7 and Windows 8.

Using this "Windows Awareness", the user is able to inspect the present processes, threads and libraries, as well as kernel modules and drivers. Using the extended MMU support of the TRACE32 debugger, the developer gets access to the complete virtual address space at any time - i.e. you can debug device drivers and applications simultaneously. At the same time you can debug several processes at once, which is especially interesting for testing inter-process communications or driver calls.

TRACE32 uses the JTAG interface to access the target system. No special OS setting, interface or driver is necessary to debug the target. Even if the complete system "hangs", the debugger is still able to show all system resources. This "stop mode debugging" - where no running software like a debug stub is required - also allows debugging of interrupts; from the interrupt entry point up to ISRs, drivers and even the responding applications.

Lauterbach's Windows Awareness is fully SMP capable. The debugger can switch to any CPU at any time, showing the view of each CPU or hyper-thread. It evaluates the call stacks of all active and passive application threads and shows, where an active thread currently runs or where a passive thread is waiting. The system is started and stopped synchronously for all CPUs; a breakpoint hit halts the complete CPU, regardless which CPU reaches the breakpoint. On this event, the debugger automatically switches the view to the CPU that hit the breakpoint.

Using these features the developer gains access to the complete system and all resources. You're debugging on "system level" rather than on "CPU level".

For more Information about TRACE32 and the Windows OS awareness, please visit our home page or send an email.