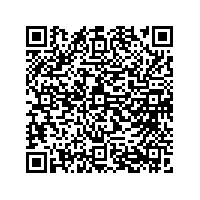 Subscribe to news
(PresseBox) ( Schlieren, 19-05-21 )
Kuros Biosciences (SIX:KURN) today announced that its Annual General Meeting approved certain resolutions proposed by the Board of Directors. Three proposed resolutions relating to amendments of the Articles for potential capital increases did not reach the required 2/3 majority.

Joost de Bruijn (CEO) reported that with the proceeds of the December 2018 capital increase the Company is advancing its pipeline, in particular the Phase II clinical study of its proprietary KUR-113 product in spinal fusion, and is progressing the commercialization of MagnetOs in the U.S. and selected geographics in Europe.

Kuros Biosciences is focused on the development of innovative products for tissue repair and regeneration and is located in Schlieren (Zurich), Switzerland, Bilthoven, The Netherlands and Burlington (MA), U.S.A. The Company is listed according to the International Financial Reporting Standard on the SIX Swiss Exchange under the symbol KURN. Visit www.kurosbio.com for additional information on Kuros, its science and product pipeline.