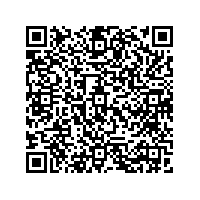 Subscribe to news
(PresseBox) ( Schlieren (Zurich), Switzerland, 20-04-21 )
Kuros Biosciences (SIX:KURN) today announced that its Annual General Meeting approved all resolutions proposed by the Board of Directors.Two proposed resolutions relating to capital increases were not put up for voting.

Fibrin-PTH (KUR-113) consists of a natural fibrin-based healing matrix with an immobilized targeted bone growth factor (truncated human parathyroid hormone (PTH) analog). Fibrin-PTH is designed to be applied directly into and around an intervertebral body fusion device as a gel, where it polymerizes in situ. Fibrin-PTH functions via the well-established mechanism of action of parathyroid hormone; has been demonstrated in animal models of spinal fusion to be comparable to rhBMP-2; and has been shown in preclinical studies to be easy to use and ideal for open or minimally invasive techniques. Fibrin PTH  is an investigational drug/biologic combination product candidate. Fibrin PTH  has been evaluated in animals for use in lumbar interbody fusion. The safety & efficacy of Fibrin PTH has not yet been evaluated for spinal fusion in humans.

MagnetOs bone graft has an advanced submicron surface topography that leads to the formation of bone, rather than scar tissue, following implantation. In preclinical models, MagnetOs preferentially directs early wound healing toward the bone-forming pathway, meaning that bone can be formed even in soft tissues without the need for added cells or growth factors, resulting in an osteoinductive claim in Europe. MagnetOs promotes local bone formation equivalent to current gold standard, autograft. A substantial number of clinically relevant and predictive studies have demonstrated its equivalence to the current gold standard (patient’s own bone, which may not be available in sufficient quantities and/or involves morbidity, costs and pain associated with its harvesting from another healthy site of the patient’s body). MagnetOs is now supported by over two years’ clinical experience since its launch in the United Kingdom in May 2017. For more information, see: www.magnetosbonegraft.com

Kuros Biosciences (SIX:KURN) is focused on the development of innovative products for tissue repair and regeneration and is located in Schlieren (Zurich), Switzerland, Bilthoven, The Netherlands and Burlington, MA, U.S. The Company is listed according to the International Financial Reporting Standard on the SIX Swiss Exchange under the symbol KURN. Visit www.kurosbio.com for additional information on Kuros, its people, science and product pipeline.