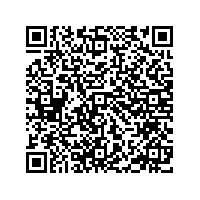 Subscribe to news
(PresseBox) ( Wiesbaden, 19-09-17 )
According to the German news outlet Tagesspiegel Background Digitalisierung & KI, Germany’s Federal Government will present its blockchain strategy tomorrow. KuppingerCole Lead Analyst Matthias Reinwarth believes that blockchain solutions can deliver great potential under certain conditions, so it does not come as a surprise that the industry is occupied with the potential of blockchain.

Only yesterday, the Federation of German Industries (Bundesverband der Deutschen Industrie; BDI) has published a position paper on how to use the industrial potential of blockchain, and the German Advertisers Association (Organisation Werbungtreibende im Markenverband; OWM) also published a study on the potentials of blockchain.

In its paper, BDI gives examples for application areas, like automation of production processes, power supply and supply chains. “Identifying the right application area for distributed ledger technologies is one of the core challenges,” Reinwarth says. “Promising use cases will of course leverage the benefits of the blockchain concept, including decentralized, trustworthy networks, enduring traceability and the retroactive immutability of transactions. But the real challenge is to identify use cases where solutions are required at scale and where all key stakeholders can be involved.” He will talk about these real-life distributed ledger use cases for enterprises in his opening keynote at Blockchain Enterprise Days 2019 starting tomorrow in Frankfurt am Main. KuppingerCole was able to win speakers from Commerzbank, KiK, Blockchain-Helix, T-Systems, Rabobank and many more who will talk about blockchain in depth.