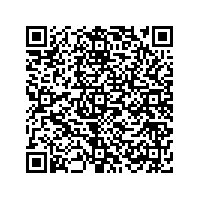 Subscribe to news
(PresseBox) ( Augsburg, 20-03-18 )
German table tennis star Timo Boll is competing in the Olympic Games for the sixth time. KUKA is accompanying the 39-year-old athlete on his way to Tokyo in a documentary film – and taking a look back at the stages of his lively career.

The community of Höchst im Odenwald has about 9,000 inhabitants. The tranquil little town is located in Hessen in central Germany and, as the hometown of one of the world’s best table tennis players, serves as the setting in the first episode of “Timo Boll – the Spin of Life” – which is the first official documentary about the exceptional athlete.

In eight episodes, the Augsburg-based automation company together with film producer Norbert Dobeleit – a former athlete and Olympian in his own right – takes a look at the career of the most successful German table tennis player of all time. In doing so, they also look back at the many highs – and some lows – in the career of the athlete who has served as a KUKA brand ambassador for six years.

What top athletes and robots have in common

The collaboration started with a series of promotional films in which Boll competes against a KUKA robot. It involved an entertaining “Man versus Machine” competition in table tennis and other disciplines.

Wilfried Eberhardt, Chief Marketing Officer at KUKA, had the idea back then of acquiring Boll as a brand ambassador:

"Precision, speed and the flexibility to continuously adapt to new situations. These are all characteristics that apply to being a successful table tennis player as well as to KUKA products. Being on top in the global rankings while also being well grounded, practicing fair play and having enthusiasm for technology and innovation – these things connect us."

Timo Boll, who likes to describe himself as a “tech freak” and works with the latest digi-tally supported table tennis training methods, gets a kick out of the jointed-arm assistant from KUKA. “I’m fascinated by KUKA robots. They carry out their tasks precisely and at the highest level. And they can be programmed in an increasingly flexible man-ner,” says Timo Boll. The native Hessian stops by Augsburg on a regular basis and ac-companies KUKA to trade fairs and events as an effective public ambassador in Asia, where the market for robotic solutions is larger and growing faster than anywhere else on Earth.

A look into the life of a record-breaking athlete

It will be the sixth participation for Timo Boll at the Olympic Games. Possibly for the last time? There is no question of retiring for the man who stays in form through discipline and hard work. “Why should I think about retiring when it’s going so well and is so much fun?” asks Boll. Winner of multiple German titles, European Championships and World Cups, Boll most recently reclaimed the number one ranking at the age of 37 and became the oldest table tennis player to do so.

The recently posted documentary series “Timo Boll – the Spin of Life” provides insight into the life of Timo Boll – even taking a trip to his childhood bedroom. A new episode will appear online every month at www.kuka.com/timo. Coaches and contemporaries, competitors and fans – they all have their say. Beyond this, there are episodes about seminal victories as well as defeats, injuries and triumphs – and, naturally, about preparation for Tokyo.

The first two episodes can already be found online at www.kuka.com/timo.