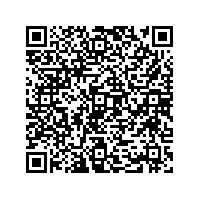 Automation and logistics growing in importance

Consequences of the pandemic felt in business worldwide, significant decline in orders received, revenues and EBIT in the first quarter of 2020
CEO Peter Mohnen: “Our most important task is to protect our employees and to be a dependable partner for our customers in difficult times.”
Automation, logistics and healthcare will grow in importance in the medium term


The effects of SARS-CoV-2 had a strong impact on KUKA’s business performance in the first quarter of 2020. As a global corporation, the Augsburg-based automation specialist is active in more than 40 countries.

Numerous customers have shut down their production due to the worldwide spread of the coronavirus. Investments and projects worldwide were postponed because of uncertainties and the unforeseeable effects of the coronavirus crisis, and travel activities were suspended.

This led to declines at KUKA, too. The shortfalls were particularly noticeable in the project business. For example, in many places it was not possible to gain access to construction sites in plant construction or to hospitals in the health sector. In contrast, production in the product business at the Augsburg site remained relatively stable.

“We are acutely feeling the impacts of the pandemic around the globe. Like many other companies, we have ramped down our activities or temporarily closed sites, especially in affected regions. It has also not been possible to continue many projects at customer locations,” stated Peter Mohnen, CEO of KUKA AG.

“Our most important task was and still is to protect the health of our employees and to be a dependable partner for our customers in difficult times. I am proud of our employees, who are working together all over the world to overcome these challenges and to make sure that KUKA is well-positioned for the time after the coronavirus. Our topics such as logistics, automation and healthcare will grow in importance in the medium term.” According to Mohnen, the first quarter, which was heavily affected by the pandemic, was "certainly not meaningful for the year 2020" in its results. "The effects of the pandemic will be felt in the first half of the year." A reliable forecast of the results for the year as a whole is not possible at this time, however.

generated in the same period of the previous year. Correspondingly, the EBIT margin was -1.8% after 5.1% in the first quarter of 2019. The negative EBIT resulted particularly from the lower revenue volume.

Swisslog’s logistics division posted orders received totaling €150.4 million in the period under review. This represents a year-on-year decline of 22.0% (Q1/19: €192.9 million). The decline is attributable to the postponement of projects, even though Swisslog is generally benefiting from the high demand in its focus markets of consumer goods and ecommerce/ retail. Sales revenues increased slightly by 3.7% to €147.3 million from €142.0 million in the previous year. The book-to-bill ratio dropped from 1.36 in Q1/19 to 1.02 in Q1/20. The Swisslog segment achieved an EBIT of €3.6 million in the first quarter of 2020. Compared with the previous year, this represents an increase of €2.3 million (Q1/19: €1.3 million). The EBIT margin was 2.4% in Q1/20 after 0.9% in Q1/19. The improvement over the previous year is based on the higher volume and increased efficiency.

The China segment reported orders received amounting to €139.9 million in the first quarter of 2020, down 19.0% on the previous year (Q1/19: €172.8 million). China was impacted by the effects of the coronavirus crisis at a very early stage. Sales revenues fell by 47.5% from €94.2 million in the first three months of 2019 to €49.5 million in the first three months of 2020. A lower order backlog from the 2019 financial year and project delays due to production cutbacks led to the aforementioned revenue losses. The booktobill ratio rose from 1.83 in Q1/19 to 2.83 in Q1/20. The China segment generated an EBIT of -€5.3 million in the first quarter of 2020. This corresponds to a marked decrease compared with the previous year (Q1/19: €5.4 million). The effect of the deconsolidation and 50% recognition of the at-equity investment at fair value was included in EBIT in the previous year. If this effect were eliminated, the China segment would show a slight increase in EBIT resulting from improved cost control. The EBIT margin was -10.7% in Q1/20 and 5.7% in Q1/19.

KUKA is a global automation corporation with sales of around 3.2 billion euro and roughly 14,000 employees. The company is headquartered in Augsburg, Germany. As one of the world's leading suppliers of intelligent automation solutions, KUKA offers customers everything they need from a single source: from robots and cells to fully automated systems and their networking in markets such as automotive, electronics, general industry, consumer goods, e-commerce/retail and healthcare. (As at December 31, 2019)