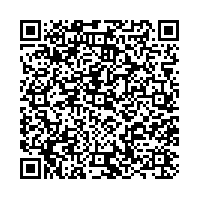 KROMI Logistik AG, a provider of end-to-end tools logistics solutions for manufacturing companies, reports further revenue growth in the first nine months of its 2012/2013 fiscal year, as announced in the 9-month report (as of March 31) which it published today. The company reports revenue up by 11.6 % to EUR 43,289 thousand (previous year: EUR 38,768 thousand). This revenue growth was generated especially in Germany, and at the Brazilian subsidiary. Double-digit percentage growth rates were achieved in these regions. By contrast, especially in Southern Europe, revenue and earnings contributions were below those in previous quarters due to continued economic uncertainties.

The rate of increase of the cost of materials slightly outstripped that of revenue growth, rising from EUR 29,098 thousand to EUR 32,879 thousand, with the cost of materials ratio registering a year-on-year increase from 75.1 % to 76.0 %. "This increase is due, firstly, to generally lower margins at internationally operating large-scale machining groups. Secondly, the strained economic situation in Southern Europe is also impacting the gross margins that can be achieved there," notes Uwe Pfeiffer, CFO of KROMI Logistik AG.

At the Brazilian subsidiary further revenue growth of around 24 % was realised. Changes to Brazilian tax legislation and one-off extraordinary items nevertheless fed through to lower gross profit margins. A supply agreement was also cancelled as the result of the takeover of one customer. Adjustments to internal planning and to the valuation of the equity interest as reported in the company's single-entity financial statements were applied as a response to these developments. "We remain fully convinced that we can successfully implement the KROMI business model on the Brazilian market in the long term. The economy, the relevant market and the sales experiences that we have made to date deliver proof of the major potential that our Brazilian subsidiary enjoys," commented Jörg Schubert, CEO of KROMI Logistik AG.

Revenue generated with customers from Southern Europe, especially Spain and Italy, as well as other European countries outside Germany, failed to report the growth expected of them, by contrast. "Here, uncertainties about future economic trends made themselves felt, feeding through to considerable delays in implementing the KROMI system at new customers, and in delays to concluding planned contracts," as Jörg Schubert went on to note. A detailed action plan to improve profitability in European countries outside Germany is currently being implemented.

Due to these developments, the overall lower level of achievable gross profit and the higher investments, the company reported earnings before interest and tax (EBIT) of EUR 636 thousand, compared with EUR 770 thousand in the prior-year period. The Group reported a consolidated net profit of EUR 96 thousand after taking into account higher interest expenses, other income, and taxes to be paid. The company was still reporting a profit of EUR 350 thousand in the comparable period of 2011/2012.

The Managing Board continues to assume that in the 2012/2013 fiscal year it will again achieve sales revenue growth in the double-digit percentage range. "Assuming the economic situation remains stable, we are also aiming to report a further increase in our EBIT margin in the current fiscal year as part of our gradual, profitable growth strategy," comments Jörg Schubert, thereby reiterating the forecast for the current 2012/2013 fiscal year which has already been published.

Over the course of the day, KROMI Logistik AG will make its full report for the first nine months of the 2012/2013 fiscal year available for downloading on its website at www.kromi.de within the Investor Relations area.

KROMI Logistik AG offers manufacturing companies end-to-end outsourcing for their supply of precision machining tools, both in Germany and abroad. The company focuses on technically advanced machining tools for metalworking (consumable and cutting tools, e.g. drills). KROMI combines conventional tool retailing with a decentralised tool supply system that includes output machines in the customer's production area and an IT-based tool management and controlling system. KROMI's aim is to sustainably optimise the supply of resources (particularly tools) for its customers and to secure the availability of the appropriate resources at the right time and in the right place. The company is currently represented at five locations in Germany and four abroad (Slovakia, Czech Republic, Brazil and Spain), and is active in four other European countries. To date, KROMI has primarily focused on customers in the machine engineering, automotive suppliers and aerospace sectors as well as marine engine construction.

Visit us online at: www.kromi.de