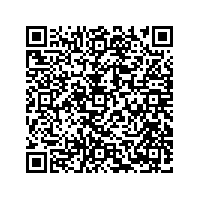 During the same period, EBIT fell to EUR -62 thousand compared to EUR 3,371 thousand, taking the extraordinary factor in the third quarter into account. The adjusted figure totals EUR 939 thousand. The figures are thus in line with the company's expectations. KROMI adjusted its forecast on April 23, 2009, forecasting revenues for the 2008/2009 fiscal year at a level below the figure from the previous year, together with balanced EBIT taking the extraordinary charges mentioned above into account.

Although KROMI recorded double-digit growth in the first three months of the past fiscal year, and also enjoyed revenue growth and significantly positive EBIT in the second quarter, business in the second half of the year was characterized by production downturns and short-time work. Earnings were also depressed by an extraordinary factor in the form of a risk provision totaling EUR 1.001 thousand, which was formed in view of the fact that an automotive supplier customer filed for bankruptcy in April 2009. In contrast, KROMI Logistik AG benefited from its mix of industries and products - as both the aerospace and shipping engine construction segments and also new customers supported business growth during fiscal year 2008/2009.

KROMI Logistik AG will publish its full consolidated financial statements (IFRS) for fiscal year 2008/2009 on September 24, 2009 at www.kromi.de in the Investor Relations segment.

KROMI Logistik AG offers manufacturing companies end-to-end outsourcing for the supply of precision tools (tool management) that is independent of a specific manufacturer, and it focuses on machining tools for metalworking and plastics. The Company combines classical tool trading with a peripheral tool supply that includes output machines in the customer's production area and an IT-based tool management and controlling system. The objective of KROMI's business operations is to effectively optimize the supply of tools for its clients and to secure the availability of the appropriate tools at the right time and at the right place. The company is already present at five locations in Germany and four abroad (Slovakia, Czech Republic, Brazil and Spain), and is active in six other European countries. To date, KROMI has primarily focused on customers in the engineering, shipbuilding and aerospace sectors as well as automotive suppliers. In fiscal year 2008/2009, the company recorded revenues on preliminary IFRS-basis of EUR 34,935 thousand (previous year: EUR 40,115 thousand). EBIT was at EUR -62 thousand (EUR 3,371 thousand).

On the Internet at www.kromi.de