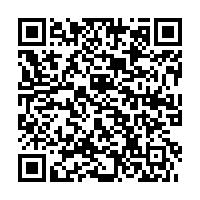 (PresseBox) ( Eching, Munich, 10-10-28 )
With third-quarter revenue of EUR 133 million, Kontron AG has continued the current financial year's steady growth. Growth recorded was 15 percent compared with both the previous quarter and the prior year period (EUR 116 million in each case). Revenue amounted to EUR 347 million for the first nine months of the financial year, compared with EUR 333 million in the same period last year. This corresponds to growth of 4 percent. The increase is higher when factoring in the strategy of refraining from low-margin EMS volume business (which accounted for approximately EUR 18 million in the third quarter compared with the prior-year period).

According to the Kontron Management Board, the performance improvement measures that were accompanied by a better cost ratio were also reflected in staff number trends: with 2,896 employees at the end of the third quarter, compared with 2,807 at the end of June, there was an improved cost ratio accompanied by higher revenues when adjusted to reflect the acquisition of Ubitronix, and the transfer of temporary workers to fixed positions that was performed as part of cost and quality enhancing measures. Operating cash flow of EUR -1.3 million in the third quarter was primarily influenced by the EUR 13 million increase in receivables compared with the half-year stage reflecting strong September revenues. In overall terms, Kontron AG anticipates further growth in the market environment. The Management Board is assuming a further growth in the fourth quarter compared with the third quarter.

With regard to the formation of a EUR 34 million risk provision in the second quarter covering outstanding receivables, the suspicion of organized fraud has meanwhile been confirmed, according to the Kontron Management Board. A lawsuit has been filed against all debtors and participants. The final reports by the auditing company and lawyers' office that have been mandated to clarify the circumstances should be presented within the next few weeks. According to the company, it is still impossible to gauge the extent to which the receivables can be collected. Kontron AG has also taken this incident, which is restricted to the local management and the Asian Electronic Manufacturing (EMS) business, as an opportunity to further intensify compliance and risk management systems across the entire Group.