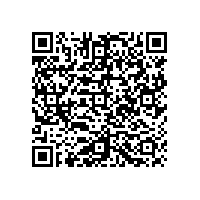 (PresseBox) ( Würzburg, 09-02-25 )
Even though the North American print media industry is reeling under the impact of the financial and economic crisis, Koenig & Bauer AG (KBA) is busy negotiating a raft of contracts for big web presses. To support these activities it has now reinforced the sales team at its subsidiary KBA North America Inc. Ulrich Wicke (45), previously head of newspaper press sales to Spain, Portugal and Latin America at KBA's headquarters in Würzburg, Germany, has already upped sticks and moved to Dallas, Texas, the location of KBA North America's new headquarters. So Dirk Nowitzki of the Dallas Mavericks is not the only Würzburger who has made Texas his home. Ulrich Wicke joins Vice President Heinz Schmid and his team in the sales and service department addressing KBA's key US newspaper and commercial market. He is being groomed to take over a managerial position at KBA North America.

After taking a degree in business economics at Stuttgart University, Ulrich Wicke worked for a succession of German commercial and newspaper printers before joining the KBA sales department in 1999. In addition to German, his native tongue, Wicke is fluent in English and Spanish, and regularly used to accompany US customers on tours of inspection in Europe, or Latin American customers to Nexpo in the States. Wicke, who is married with two children, is also an ardent biker, and is looking forward to exploring Texas. So it is just as well he is there for the 'long haul'.

Following the sale of a Commander CT multi-unit press line to the New York Daily News twelve months ago KBA is now negotiating further contracts in the USA and Canada for this compact high-automation press plus a number of other newspaper and Compacta commercial presses. So reinforcements are welcome, particularly since the approaching inauguration at the Daily News of the most advanced newspaper press in North America will pose an additional challenge for the KBA team in Dallas.

Holger Garbrecht, President and CEO of KBA North America, says: "KBA doesn't just make Rapida sheetfed offset presses - it also is a specialist manufacturer of big web presses for newspapers and directories, Compacta presses for commercials and inserts, and security presses for banknotes, for example for the Bureau of Engraving and Printing in Fort Worth. None of our competitors offers such breadth and variety. I am enormously impressed by the gigantic web presses KBA has shipped to North America. So I am delighted that Ulrich is bringing his know-how and extensive experience with major projects to our dedicated team."