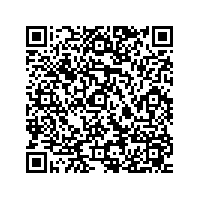 (PresseBox) ( Würzburg, 12-09-17 )
Fabrègue, a family enterprise that has been operating in Limousin, in west central France, for four generations, has refurbished its produc-tion plant with three highly automated Rapida 106 presses. The new additions - which replace four presses from another German manu-facturer - are a four-colour perfector and two five-colour straight-on coater presses, one of them configured for hybrid conventional/UV operation. Each of the three Rapidas sports an array of the new au-tomation modules unveiled at Drupa 2012 and has since come on stream at the company's 3,000m² (32,300ft²) printing plant in Saint-Yrieix-la-Perche.

Under the joint management of Emmanuel and Denis Fabrègue the company's 358-strong workforce generated sales in 2011 worth €47m ($60.7m). Fabrègue's roots run deep and it is considered a major player in the regional economy. Its origins date back to 1892, when one Antonin Fabrègue, great-grandfather of Emmanuel and Denis, set up in business as a printer and lithographer in Bort-les-Orgues (Département Haute Corrèze) after completing his degree at the Uni-versity of Fine Arts in Paris. Following his premature death his 14-year-old son René had to take over management of the business. During the First World War René disappeared and for the rest of the war was presumed missing in action. His mother eventually sold the family printing plant and moved to relatives in Lubersac (Département Basse Corrèze). But at the end of the war René returned safely home and in 1919 purchased Roche, another printing house, in Saint-Yrieix-la-Perche, not far from where his mother lived. Initially the small en-terprise mostly printed promotional literature for local tradesmen, but it also started publishing a regional weekly newspaper, l'Echo de Saint-Yrieix. After specialising in printing products for urban administrations and sales of office stationery the company expanded rapidly. In 1936 Fabrègue had a workforce of 35, by 1969 this had expanded to 173 and by 1985 there were 349 employees.

The company's focus on two business lines is manifested today in two separate enterprises within what is now the Fabrègue group. Fabrègue Duo, a subsidiary established in 1997 to bundle all the sales activities relating to office stationery, posted a turnover in 2011 totalling €13.5m ($17.4m). The parent, Fabrègue Imprimeur, specialises in printing and distributing products of all kinds and disclosed sales last year of €33.5m ($43.3m). Today Fabrègue Imprimeur generates approximately 25 per cent of its turnover with work for town and city councils, banks, insurance companies and other public bodies, 15 per cent with medical prescriptions and the remaining 60 per cent with upmarket products for the retail trade.

After joining the family business in the 1980s Emmanuel and Denis Fabrègue launched an ambitious investment programme. In 1987 the company inaugurated a 4,000m² (43,000ft²) production hall and pushed the button on an eight-page web offset press and three sheet-fed offset presses from manroland. Bucking the poor economic envi-ronment Fabrègue installed two more presses from the same vendor in 1992/1993. In 1995 there followed a further investment package totalling over 50 million francs ($10.3m). The production plant was expanded by adding two warehouses offering 2,400m² (25,800ft²) and 800m² (8,600ft²) of storage space respectively, two new litho presses were installed and the finishing department upgraded. In 2001 Fabrègue purchased a 16-page web press, and in 2008 another one was added. The sheetfed fleet was also renewed on a regular basis. This policy of ongoing investment has resulted in an impressive line-up of presses in triple-shift production that enables Fabrègue Impri-meur to respond with agility to customer demands.

When he first contemplated the most recent equipment upgrade Fabrègue Imprimeur's managing director Emmanuel Fabrègue came to the conclusion that, after several decades of unswerving loyalty to manroland, the advanced technology and productivity of Rapida presses justified a change in vendor, and signed a contract for three innovative KBA litho presses. What most impressed him about the Rapida 106 were its high level of automation and short makeready times. He says: "It is amazing how much time we can now save dur-ing makeready thanks to simultaneous washing of the inking rollers and blankets with CleanTronic Synchro plus electronically controlled sidelay-free sheet alignment at the feeder. As a result we believe that with the three new presses we can boost productivity by a good 30 per cent, which would be a fantastic achievement."

Premiere of the new ErgoTronic console...

The three high-performance Rapidas replaced four manroland press-es. They are engineered for a maximum output of 18,000 sheets per hour and are the first in France to be configured with KBA's new con-sole. Alongside a facelift and the addition of a wall screen the console incorporates new measuring technology options. The consoles for the three Rapidas have an automatic camera register (ACR) system and KBA QualiTronic inline colour measurement and control. This innova-tive measuring technology can reduce waste by around 60 per cent and guarantees a superb image quality throughout the entire print run.

...and of KBA AniloxLoader in France

The five-colour Rapida 106 with hybrid conventional/UV capability is the first in France to feature KBA's new coater, in which the anilox roller can be changed automatically at the touch of a button with no manual exertion. Called KBA AniloxLoader, the system functions in a similar way to a revolver and allows the anilox roller with the pick-up volume most appropriate for the next job to be selected from up to three stored in the coater. This option appealed to Fabrègue because its order structure often entails a change of screen roller.

Fabrègue Imprimeur maintains high standards when it comes to envi-ronmentally friendly operation, and this was underscored in 2007 by the launch of an environmental management model on multiple levels. Fabrègue Imprimeur has been a member of the Imprim'Vert (Green Printing) programme since 2003 and has been FSC- and PEFC-certified since 2007. It was the first enterprise in Limousin to achieve prestigious ISO 14001 (2009) and ISO 12647-2 (2011) accreditation. The three new Rapidas, with their KBA QualiTronic inline colorimetry system, minimised waste levels and energy savings delivered by short makereadies, comply in full with the company's ecological specifications. In other words they are powerful, highly advanced and environmentally efficient printing machines!