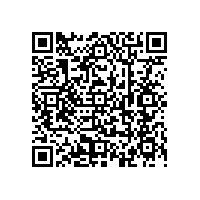 (PresseBox) ( Würzburg, 12-01-27 )
Three brand-new medium-format Rapida 106 presses are in operation at Belgian printer Albe De Coker in Antwerp. Seven days a weeks, 24 hours a day. Plant manager Patrick Leus says: "We have organised our workflow for high-volume production, without impairing either product quality or our relationship with our customers."

Over the past five years the De Coker family business has made two transformative moves. The first was a merger in 2007 with Albe, a print enterprise almost three times as big, to form Albe De Coker. At a single stroke this tripled the workforce from around 35 to 115. The second move was equally bold. When a replacement was sought in 2010 for a half-format sheetfed offset press, exhaustive consultations and calculations resulted in a radical decision to replace the entire press fleet - comprising two older presses plus three relatively new medium-format machines purchased at the time of the merger - with three new Rapida 106 models: a ten-colour, an eight-colour and a five-colour version with coater.

"When we started making plans in September 2010, KBA was not initially at the top of our wish-list," says plant manager Patrick Leus. He has worked for De Coker for 23 years and now heads the company along with the owners, Eric and Luc De Coker.

Patrick Leus says: "Following a major investment programme in 2007 our press fleet included one four-colour and two five-colour presses, one of which had a coater. At the end of 2010 we decided to add a new press with the aim of substantially enhancing our productivity. When it became clear that we needed to replace one of our B2 presses, I drove to KBA in Radebeul, near Dresden, with a case full of exceptionally challenging print formes. During a demonstration on a high-automation KBA Rapida 106 I realised that it offered a raft of benefits and I asked myself: why do we have to print in half-format? What other press can change ten plates in less than one minute? What other press reaches saleable colour in just 50 sheets? What other press is generally in register directly after plate mounting? What other long sheetfed press can attain 15,000 sheets per hour in perfecting mode? And the most important question of all: what other press combines all these properties? There followed a brief moment of reflection and a careful calculation. That was when the decision was made to fund a six-million-euro investment package to replace all our existing presses."

Albe De Coker had decided to expand into continual production back in July 2010, so as to respond with much greater agility to demands for ultra-short turnaround times. "Our press crews were already working in shifts during the week, everything was in operation 24 hours a day. We have since extended this to weekends as well."

Because production had hit the limits of its capacity, Patrick Leus imposed one condition. "The transition time to the KBA presses must be no longer than three to four months." At Albe De Coker there was plenty of space to install the new presses while the old ones were still running. This allowed the three new presses to be installed within the scheduled time frame. All the operators received five weeks training, which included one week in Radebeul.

"We knew we had to surmount a major obstacle, but in tandem with KBA and their Belgian agency Naca we were able to master every challenge. We had a few modifications made to the presses. In the transitional period everyone did their utmost to achieve optimum results. The presses are now running perfectly."

"If a press doesn't reach maximum production speed, then it's usually due to the operator and not the press itself," explains Patrick Leus. "We are an industrially organised printing plant. Our average print run is around 3,000 impressions, but jobs with just 200 sheets are also part of the daily routine. Jobs like these demand a lot of preparation, both in pre-press and in terms of paper logistics at the press. When a job comes in we immediately check whether all the data are correct. That is done automatically to a great extent, but it also means that we are on the phone a lot, collaborating closely with the customer. Only when we are certain that everything is one hundred per cent correct does the job go for scheduling, and often leaves the company again following fulfilment just a few hours later."

Up-to-date management information is part and parcel of a high-volume production scenario. "We permanently monitor the performance of our presses. This is done via KBA LogoTronic, which we have linked to our management information system. We strive to maintain a flat organisation with short communications channels. I am in almost constant consultation with staff at their workstations. This means that my desk is virtually unused."

2011 was an eventful year for Albe De Coker. "But it was well worth the effort," says Patrick Leus. "The three Rapidas have fulfilled all our demands of low waste levels, fast setting times and, above all, a uniformly outstanding print quality."