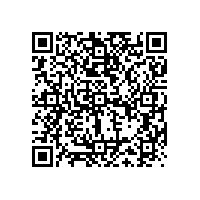 "The future of print lies in quality and service"

(PresseBox) ( Würzburg, 17-04-21 )
With the KBA Rapida 75 PRO, a new workflow and top service offers, KBA-Sheetfed and sales partner Steuber put together a package geared to guaranteed success for print company Hansa-Druckerei in Grevenbroich. Production has since been racing – and that in a quality which sends the whole Hansa team into raptures.

The four-colour Rapida 75 PRO with inline coater went into operation in Grevenbroich at the beginning of 2017. Managing director Marc Abels had spent most of the previous year pondering over an investment in a new press in B2 format. Quotations were requested, tests were conducted, and in the end the decision came down in favour of KBA.

“The decision was clinched not least by the very professional impression made by Steuber and KBA over the whole consultation phase,” says 34‑year‑old Marc Abels, who runs the company together with his sister Christina Müller-Abels. The initial contact to Mönchengladbach system house Steuber was the outcome of an “irresistible” offer made to the Abels at last year’s drupa: The Hansa team was not only able to inspect the Rapida 75 PRO at close quarters on the KBA stand, but also invited to come back to test the press for themselves once the exhibition closed its doors. The printers gladly travelled over from nearby Grevenbroich – with demands and expectations which Marc Abels himself admits were “almost immorally high”. The half-format press nevertheless countered flawlessly. Abels: “The presentation, the demonstration and also the print testing functioned better than in our wildest dreams.” That is some compliment, as the Hansa director is not one to accept even the slightest compromise when it comes to quality.

Workflow to round off the package

In addition to the new press, Hansa also needed replacement for its workflow – not least due to the lack of CIP 3 connectivity. As Steuber is furthermore an Agfa service partner, however, an Apogee workflow could be set up on site for test purposes just two days after the drupa print tests. The deal was done. “With that kind of response in the middle of drupa – at that moment, at the latest, I knew that the partnership would function really well,” says Marc Abels. The workflow was installed in Grevenbroich in the summer, followed by the Rapida press in December 2016. After detailed instruction from both KBA and Steuber, there are now up to three printers working on the press. The first summary after three months: “The great advantage compared to our previous press is the double-size impression cylinders. We can print heavier sheets, and they also run more smoothly. Operation with TouchTronic is simple, and the quality is high.” Numerous inline finishing solutions, cutting-edge dryer systems and the compact footprint are further significant plus points.

One thing which has especially convinced the experienced Hansa printers is the high quality: “With the Rapida, you can achieve a 100 per cent result,” says Marc Abels. “The familiarisation period is perhaps a little longer, but we are now achieving the last five per cent which used to be beyond our reach.” With the new KBA and with further offset and digital presses, the company sees itself ideally equipped to handle a broad spectrum of jobs. According to Marc Abels, the offset and digital processes complement each well, allowing adaptation to the budget and requirements of a given project. Either way, he has no doubts about the future of print. More and more customers attach importance to “tangible” high-class products. There is a clear trend back to individual service and quality. And those are both guiding principles for the company, which prints a wide range of products from stationery via brochures to mailings for customers all over the country.

Steuber as the hub

Short distances, customer proximity and flexibility – that has been the philosophy ever since grandfather Jakob Abels founded Hansa in 1955. The company has operated from its premises on Grabenstrasse since 1962. Marc Abels and his sister took over the reins as the third generation in 2014. In the same way that they are themselves available for their customers at any time, they appreciate the personal commitment and professionalism of their business partners: “Steuber is the hub for various pre-press, print and finishing systems. If I need to call, I am not connected to a hotline in some other country, but instead speak to someone local who knows exactly what I am talking about. And I can be sure to receive a fast and uncomplicated solution.”