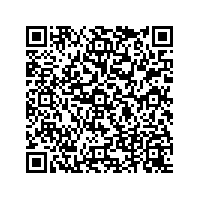 
In addition to a presentation by president and CEO Claus Bolza-Schünemann outlining the company’s favourable performance in 2016 and the first quarter of 2017 (see press releases of 22 March 2017 and 9 May 2017), details of the growth strategy being pursued by the broadly positioned printing press manufacturer Koenig & Bauer AG (KBA) played a key role at the company’s 92nd annual general meeting, which was presided over by supervisory board chairman Dr Martin Hoyos. Further items on the agenda of the annual general meeting held at the Vogel Convention Center (VCC) in Würzburg included resolutions on the discharge of duties with regard to the members of the management and supervisory board, the election of a new member to the supervisory board and the creation of new authorised capital.

Koenig & Bauer shares have been posting strong gains since the successful completion of the Fit@All restructuring programme. In 2015, the share price climbed from just under €10 to almost €33 and in 2016 by a further 30% to €42.75. In the current year to date, the share has hit a high of €64. Says Bolza-Schünemann: “Our upbeat business performance, the sharp rise in earnings, the swift achievement of our medium-term goals and the clear orientation to growth markets have bolstered investors’ confidence.”

In addition to the good business figures and the above-average gains of the share, shareholders were pleased with the dividend proposal of €0.50 per share, which reflected the group’s strong earnings performance, approving it almost unanimously. The dividend is based on Koenig & Bauer AG’s retained profit of €8.3m. This translates into a dividend ratio of 14% of the Group net profit adjusted for special items.

In the first quarter of 2017, the KBA group’s main performance indicators such as order intake, order backlog and EBIT were up on the previous year. Given this strong position and following the China Print fair, which was held in May 2017 in Beijing and proved very successful for the KBA group, the management board considers the increase in group revenue up to €1.25bn targeted for 2017 in conjunction with an operating margin of around 6% to be achievable.

In the medium term, Koenig & Bauer wants to continue growing profitably. Says Bolza-Schünemann: “We are targeting a group-wide EBIT margin of between 4% and 9% and annual organic revenue growth of around 4% for the period until 2021 depending on trends in the global economy, end markets and the necessary spending on growth.” The planned increase of around €70 million in profit is particularly to be underpinned by the optimisation of the security printing business, growth in services, integrated production network and strategic purchasing.

Active in many markets, Koenig & Bauer sees good opportunities for operating growth in digital printing, industrial functional printing (e.g. decors) and packaging printing. At the packaging fairs MetPack and InterPack in May 2017, KBA companies presented newly developed presses for previously unaddressed fields, such as beverage cans, to address this growing core market. Currently under construction in Würzburg, the demonstration centre for flexo and digital printing presses will additionally spur growth in flexible packaging and corrugated board.

Change in the Supervisory Board

The shareholders approved with a large majority all the other motions on the agenda including the creation of new authorised capital of up to €8.58m for the issue of up to 3.3 million shares including the right to exclude shareholders’ pre-emptive subscription rights.

Please note: This press release contains forward-looking statements that are based on careful assumptions and projections made by the management of Koenig & Bauer AG. Although the management believes that these assumptions and estimates are correct, future actual performance and results may differ for numerous reasons beyond the Company’s control. Such reasons may, for example, include changes in economic conditions, exchange rates and the situation in the graphic industry. Koenig & Bauer AG does not warrant or represent that future actual performance and results will be identical to the figures and statements presented in this press release.