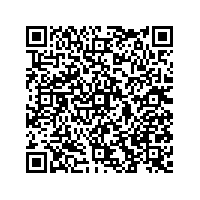 (PresseBox) ( Würzburg, 10-10-14 )
On 22 and 23 September Lake Constance provided a picturesque setting for the sixth user workshop dedicated to KBA's Cortina waterless newspaper press. It was hosted by Südkurier, a media enterprise in Constance whose two 48pp KBA Cortina 6/2 presses have been ecologically printing Südkurier's title daily, frees, inserts, special publications and upmarket contract work in an outstanding quality since the beginning of the year. Südkurier production manager Michael Schäfer, who briefed the audience of print pros on the new technology and in-house production workflow, expressed complete satisfaction with the quality and cost efficiency of this highly automated offset press. He said the Cortina was just what the company had been looking for to meet the challenges of the future, and that its enormous potential, in terms of both quality and green technology, was being exploited to the full in Constance. Südkurier's Cortina is the first in which the temperature control system essential in waterless offset is fully integrated in the press, which saves a lot of space and energy.

Waterless Cortinas have been installed in the Benelux states, Germany, France, Scandinavia, Switzerland and Dubai, and virtually all the eighteen users were present in Constance. The annual workshops focus on status reports on the consumables deployed, updates on technological advances and enhancements, business and economic issues, joint projects and promoting waterless printing technology among environment- and quality-oriented target groups. Along with a couple of well-deserved beers and some socialising in the evening these workshops help to promote an international team spirit among the pioneers of waterless newspaper technology.