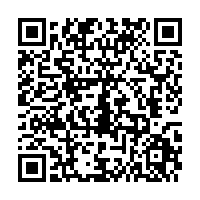 (PresseBox) ( Würzburg, 09-02-20 )
Dazhong Daily Newspaper Group has placed an order with KBA for a two-section Commander press line to print the Dazhong Daily, one of the most popular provincial newspapers in China with a weekday circulation of 400,000 copies. Published in Jinan, the capital of Shandong, the Dazhong Daily celebrated its 70th anniversary in early January. The group's ten other daily titles include the Qilu Evening News (1.05 million copies) and Peninsula City (900,000), which rank among the world's 100 highest-circulation newspaper titles. It also publishes five magazine titles and has an active online presence.

"We commemorated our jubilee with the biggest single order for new press kit in our history. Not only that, KBA's superior technology persuaded us to switch from our previous supplier," says Xu Yan Gang, president of Dazhong Daily Newspaper Group. "The performance, flexibility and print quality delivered by the Commander press line at the Zhejiang Daily in Hangzhou confirmed KBA's first-class reputation both in the Chinese newspaper industry and worldwide. KBA's cutting-edge technology will enable us to implement our ambitious production plans."

The KBA Commander with a cylinder circumference of 1,092mm (43in) will be installed early next year at Shandong Dazhong Huatai Printing in Jinan. The group has a second printing plant - one of the biggest in northern China - in Qingdao. The 4/2 press line, which will have a maximum rated output of 170,000 full-colour 32pp copies per hour, can handle web widths of 1,720mm (67.75in), 1,562mm (61.5in) and 1,440mm (56.7in), adjustable automatically on the fly to accommodate a wide range of different products. It will comprise four Pastomat reelstands, four blanket-to-blanket towers, four turner bars, two folder superstructures with two formers apiece, and two KF 5 jaw folders.