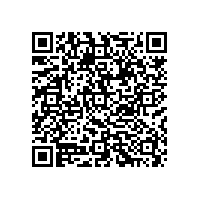 (PresseBox) ( Würzburg, 10-07-20 )
Following a successful consolidation in 2009, preliminary figures reveal that in the first six months of the current year German press manufacturer Koenig & Bauer AG (KBA) posted a 39% increase in the Group order intake compared to the same period last year (€489.1m). This was largely due to continuing buoyant demand in China, and to upturns on a greater or lesser scale, and with substantial regional deviations, in other parts of Asia, the Middle East, Russia, western Europe and the USA.

With the volume of orders on hand scheduled for delivery this year exceeding €500m, the group looks set to achieve its sales target of more than €1.1bn for 2010. Sales figures to July were a good 4% above the prioryear figure of €452.8m. Both in the press engineering industry as a whole and at KBA sales usually tend to be higher in the second six months.

At KBA, the sheetfed division was the first to benefit in the second quarter as the print media industry perked up after almost two years of slack demand. At the beginning of June its Radebeul production plant returned to normal capacity after more than eighteen months of shorttime work. Capacity at KBA's other facilities was utilised to ensure that the doubledigit jump in orders on hand work was processed on schedule.

In the second quarter business also picked up strongly at KBA's web and special press division, whose remit includes big, multiunit press lines. After six months the order intake was well up on the previous year, although major orders from Europe for newspaper presses will not be reflected in the bottom line until the third quarter.

Earnings improved in the first halfyear as the benefits of last year's rootandbranch consolidation gained traction. The management board will issue an updated projection for 2010 when the halfyearly report is released on 13 August.

The projections contained in this press release were founded on data available at the time of issue. While management believes them to be accurate, the impact of external factors beyond its control, such as changes in the economy, exchange rates and the print media industry, may give rise to a different outcome from that projected. Koenig & Bauer therefore accepts no liability for transactions based upon these projections.

Profiting from an upsurge in demand for printing presses in the second quarter following an eighteenmonth slump, major press manufacturer KBA boosted its order intake in the first halfyear by almost 40%