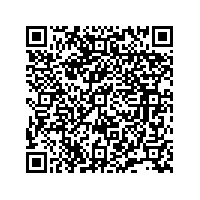 KBA presents modified line-ups in Germany and the Czech Republic

Changes at subsidiaries and in sales

(PresseBox) ( Würzburg, 10-08-11 )
With a series of organisational and personnel changes both at its German subsidiaries and within the sales departments of the parent company, Koenig & Bauer AG (KBA) has further adjusted its business and executive structures to the new market demands dictated by the recent economic crisis.

Change at the helm of KBA-MetalPrint

With effect from 1st August 2010, Dipl.-Ing. Jens Junker (46) has been appointed managing director and CEO at KBA MetalPrint GmbH in Stuttgart. KBA-MetalPrint is a subsidiary of Koenig & Bauer AG and the world market leader for metal decorating press lines. In addition, the company also supplies a range of industrial air purification systems and storage solutions for solar thermal installations. Jens Junker is taking over the duties of executive board spokesman from Dr. rer. nat. Werner Hagen (61). Managing director responsible for worldwide sales is Dipl. Ing. Uwe Rust (50). Following the collapse of the metal decorating market in the wake of the economic crisis, and in the light of the consolidation measures which have thus become indispensable, Jens Junker will be concentrating above all on efficient processing of the recently improved order intake and the necessary realignment of KBA-MetalPrint to satisfy future market requirements. In this context, potential synergy effects within the KBA Group are to be utilised to the full, so as to enable the fastest possible return to profitable growth in metal decorating presses, as a specialist niche within the packaging segment.

Jens Junker has served KBA is various management positions for 13 years. For the past five years, he has been CEO of the Czech press manufacturer KBA-Grafitec s.r.o. in Dobruška, which became a KBA subsidiary in 2005. Under his leadership, the Czech subsidiary was successfully restructured and integrated into the KBA Group, with the joint development of the new Rapida press series for B2 and A2 formats as exemplary illustration of the cooperation with the parent company in both manufacturing and sales. His designated successor at KBA-Grafitec is Pavel Holý (40), who will then also be assuming responsibility for sales, marketing, service, finances, human resources and IT in Dobruška. Jens Junker will continue to assist his successor in an advisory capacity until the end of the year, parallel to his new duties in Stuttgart. As an engineer with an MBA degree, Pavel Holý has already worked for international companies in the Czech Republic for twelve years and speaks not only English and German, but also Russian. The executive remit for operations and R&D at KBA-Grafitec remains with Luboš Moravec.

Important structural and personnel changes have also been announced at KBA-Metronic AG. Similarly with effect from 1st August 2010, the KBA subsidiary in Veitshöchheim near Würzburg has reorganised its previous business divisions as two independent group companies. This arrangement is expected to facilitate optimum response to the specific needs of the individual target groups and will further advance customer proximity. The development, manufacturing and distribution of digital and analogue marking and coding technologies for industrial applications (inkjet, laser, thermal transfer, hot stamping) are in future to be handled by KBA-Metronic GmbH. Business with UV printing systems for PoP ("Print on Plastic", e.g. films, smart cards, advertising materials, optical and electronic data carriers), on the other hand, is now the responsibility of KBA MetroPrint AG. The new name reflects the focus on offset printing technologies. One key objective of the separation is enhanced exploitation of the growth potential in both fields.

The managing directors of the new company KBA-Metronic GmbH are Oliver Volland (41), previously sales director for marking and coding systems, and German Stuis (46), who retains his concurrent post as head of controlling at KBA. Oliver Volland can already look back over a long and fruitful career in the marking and coding branch, while German Stuis brings in substantial economic knowhow gathered over the course of 19 years with KBA.

With the appointment of Sascha Fischer (40) on 1st July this year, KBA Radebeul has secured the services of a highly qualified and internationally experienced director for sales of its sheetfed offset presses in Germany. Following his graduation with a management degree from the European Business School in Wiesbaden in 1995, Sascha Fischer spent three years in international sales at Heidelberger Druckmaschinen AG in Germany. He then moved to Heidelberg UK, where his tasks as head of marketing included integration of the products from Linotype-Hell and consumables. Over the subsequent years, he established print management operations for renowned British and German companies. Further experience in direct selling was acquired as head of sales with a supplier to the press industry and a leading player in the construction sector.

As already reported recently, the recognised newspaper technology expert and former managing director of Wifag GmbH in Leinfelden-Echterdingen, Alexander Huttenlocher (42), was also welcomed into the sales team of the KBA newspaper division in Würzburg on 1st July - as new sales director for Germany, the Netherlands, Switzerland, Austria and parts of Eastern Europe.