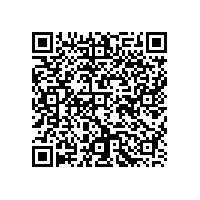 (PresseBox) ( Würzburg, 12-08-14 )
.
- On course with 16% increase in sales
- Drupa boosts sheetfed offset business
- Order backlog up one third on prior year at €814.5m
- Operating and pre-tax profit
- Strong cash flow and high liquidity
- Management board reaffirms targets for 2012

German printing press manufacturer Koenig and Bauer AG (KBA), whose core business is sheetfed and web offset presses, but which is also active in less economy-dependent markets such as packaging, security and digital printing as well as marking and coding, has released positive figures for the first half-year. A strong operational cash flow of €65.7m comfortably covered payments for investments. A growth in the free cash flow to €55.8m significantly improved liquidity. The double-digit increase in sales, the advantageous product mix and the savings delivered by a recently expanded cost-cutting programme resulted in a substantial improvement in earnings compared to 2011.

At this year's Drupa trade fair in May KBA unveiled a new digital inkjet press, developed and built at its main plant in Würzburg, which signals KBA's entry into the growing digital print market. In the medium term this should help to offset, at least in part, a slump in web press sales. The first orders are expected in the second half of the year. Drupa helped swell the inflow of sheetfed orders in the second quarter to a high of €211.1m. Over the full six months sheetfed orders rose by 17.4% to €364m (2011: €310.1m). However, the lack of investment by web printers caused a drop in new orders for web and special presses to €215.3m, below last year's extraordinarily high figure of €372.8m which had been boosted by some major contracts for special presses. In total the group order intake came to €579.3m, 15.2% less than the previous year's record high of €682.9m.

Notwithstanding the lower volume of orders for web presses, the group order backlog at 30 June came to €814.5m, a third higher than twelve months earlier (€614m). Booked orders for sheetfed presses rose by 25.8% and for web and special presses by 36.3%.

Compared to 2011, higher sales and a jump in the gross profit margin to 29% transformed a €7.3m operating loss into a €13.6m profit. Even though profitability was influenced by weak demand and continuing pricing pressures in classic newspaper and commercial sectors, operating profit in the web and special press division climbed to €31.7m (2011: €14.1m). Higher contribution margins delivered by brisker sales were a major factor, along with profitable service activities and a larger proportion of special presses. The operating result in the sheetfed division was affected by below-target sales, expenses for Drupa and high lead costs for new generations of presses. Notwithstanding the continuous pressure on margins, the savings delivered by cost-cutting initiatives reduced the division's loss by €3.3m from €21.4m in 2011 to €18.1m. The management board recently expanded its turnaround programme for both aspects of its core business to include various ongoing measures to trim costs.

Despite larger inventories for upcoming deliveries, cash flows from operating activities more than doubled to €65.7m (2011: €32.3m) on the back of improved results, lower trade receivables and higher customer prepayments. After deducting payments for investments the free cash flow of €55.8m was significantly higher than in 2011 (€15.4m). Funds rose correspondingly to €205.2m. KBA's net financial position reached a new high of €168.7m at the end of June. Liquidity-boosting active cash management underscores the strong financial standing of the world's second-largest press manufacturer, as does equity totalling €473.7m and an equity ratio of 36.5%. There are also ample credit lines for expansion and other strategic options.

An 18.6% drop in domestic sales compared to 2011 raised the export level to 89.7%. Driven by demand in China, sales in Asia and the Pacific contributed 27.4% of the group total, closely approaching the figure for the rest of Europe (28.6%). The volume of group sales attributable to central and south America and Africa was an above average 26.7%, but the figure for North America sank from 8.3% to 7%.

At the end of June there were 6,252 employees on the KBA payroll, including some 329 apprentices. Excluding the staff at KBA's newly consolidated Swiss subsidiary, Print Assist AG, this was 134 fewer than twelve months earlier (6,371). Following phased retirement schemes and other measures, the total will fall below 6,000 (including the apprentices) in the near future.

Prognosis reaffirmed despite unsettled economic climate Notwithstanding widespread anxiety among customers as a result of the euro crisis, slack demand caused by the recession in southern Europe, weaker growth in other markets and the current somewhat unsettled economic and political situation, the management board is confident that the targets set for 2012 can be achieved. These include a single-digit percentage increase in group sales to over €1.2bn and an improvement in pre-tax earnings (EBT) to a figure in the low double-digit million euros. The management board's projections are based on the premise that the recently expanded cost-cutting initiatives can be implemented as planned and that the economy does not suddenly take a turn for the worse, negatively impacting on the investment climate in the print industry.

In the half-year financial report the president and CEO, Claus Bolza-Schünemann, emphasises that KBA is vigorously working to enhance the profitability of its core business sheetfed and web offset presses, which were severely affected by structural changes in the industry. Despite a substantial decline in market volume, KBA is focusing on restoring the profitability of web presses with all speed by upgrading and streamlining its product portfolio, concentrating all web press activities, including newspaper and commercial presses (with the exception of manufacturing) in the remit of a single member of the board and introducing more flexible working hours. The focus in the sheetfed division is on optimising processes and lowering the manufacturing costs of new machines further, which is expected to strengthen KBA's position in the market. The cost-cutting programme is supported by group-wide initiatives in purchasing and production.

The financial statements can be downloaded as a PDF file from http://www.kba.com/en/investor-relations/financial-reports/reports-2012/

The projections contained in this press release were founded on data available at the time of issue. While management believes them to be accurate, the impact of external factors beyond its control, such as changes in the economy, exchange rates and the print media industry, may give rise to a different outcome from that projected. Koenig & Bauer therefore accepts no liability for transactions based upon these projections.