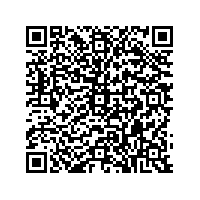 KBA-Mödling celebrates 160th jubilee with changes at the top

(PresseBox) ( Würzburg, 09-03-24 )
On 20 March KBA-Mödling celebrated its 160th jubilee at the Technical Museum in Vienna attended by political and business VIPs, company staff and top executives from Koenig & Bauer AG (KBA), the German parent. The event also marked the retirement of longstanding managing director Wolfgang Schischek, who handed over to his successor, Leopold Achatz.

KBA-Mödling, which is located just outside Vienna, is one of KBA's oldest and biggest subsidiaries. It is a key production plant for the group's sheetfed and security presses. Würzburg-based KBA is one of the largest press manufacturers worldwide, with some 8,000 employees and annual sales of over €1.5bn.

Wolfgang Schischek was appointed to the KBA-Mödling management board in 1980. At that time the company employed around 350 staff and posted annual sales of approximately 250 million Austrian shillings, the equivalent of around €18m. In 2008 KBA-Mödling's 700 staff generated sales of €175m. As a member of the executive for almost 30 years, Wolfgang Schischek has been instrumental in driving company growth. In his commemorative speech he described the award of a contract in 1994 to produce feeders for the group's entire range of sheetfed presses, the erection of a dedicated cylinder production plant in Ternitz a year later and the transfer to Mödling of all security press production in 2003 as the biggest milestones in the company's more recent history. Looking back further, Schischek said: "This company has survived global economic crises, two world wars and Soviet occupation. The current recession, which has not left KBA unscathed, poses a further challenge which we'll address by mobilising all our resources."

Wolfgang Schischek's retirement represents the end of a family era at KBA-Mödling, since his father, Alfred Schischek, stood at the helm for 24 years. Wolfgang Schischek will continue to place his formidable experience at the company's disposal in his new position as deputy chairman.

As the company's former technical director, Wolfgang Schischek's successor Leopold Achatz also boasts many years of experience in the international printing press business and is therefore well qualified to guide the company through the turmoil of the current economic and financial crisis to a successful future. Andreas Sternecker, formerly assistant vice-president and product manager for security presses, has been promoted to director of the product centre for security and Rapida press, which includes sales and service. He reports directly to the management board.

Wolfgang Schischek thanked three former members of the supervisory board - Rupert Hatschek and Walter Voitle, who retired last year, and Helmut Horvath, who has just stepped down - for their long years of service. KBA-Mödling chairman Reinhart Siewert retains his position for a further year.

On behalf of the federal government, secretary of state Christine Marek presented Wolfgang Schischek and Walter Voitle with medals of honour in recognition of their outstanding services to their country. Medals of honour from the Lower Austrian government will be presented to Rupert Hatschek and Reinhart Siewert at a later date by Dr Erwin Pröll, the head of the provincial government, who was unable to attend the jubilee ceremony.