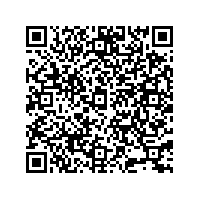 Innovating against the crisis: KBA flies the flag in Chicago

(PresseBox) ( Würzburg, 09-09-17 )
For more than two years now the US print media market has suffered the impact of the financial, economic and mortgage meltdown. The persistent downturn since 2007 was reflected in attendance figures and the number of contracts signed at PRINT 09 from 11 to 16 September at McCormick Place in Chicago. Among visitors from abroad it was the exhibitors who predominated, while most of the US nationals at the show were from Illinois, Indiana and adjoining states. Total attendance was well below the disappointing figure for PRINT 05. PRINT is held once every four years, with GraphExpo taking place at the same venue in the intervening years. In view of the high costs involved it is not surprising that for some time now exhibitors have been advocating a change in schedule to a two-year cycle, with the fairs being held alternately.

While the global investment slump has prompted cost-cutting initiatives both at KBA and its US subsidiary KBA North America Inc., which recently relocated from Williston (Vermont) to Dallas (Texas), there was no sign of this at the show, where the two companies' aim was to demonstrate a healthy optimism by "innovating against the crisis" in anticipation of a rapid recovery in the key US market. KBA was the only major German press manufacturer to exhibit three sheetfed presses (small, half and medium format) on its attractive 800m² (8,600ft²) stand. Only Komori from Japan offered a similar choice.

Once again, the most popular demonstrations were those given on a KBA Rapida 106 - the world makeready champion in B1 format since Drupa 2008. The eight-colour press, whose DriveTronic SPC dedicated drives, QualiTronic inline colour control, sidelay-free infeed and LogoTronic Professional production management system promote ultra-fast job changes, repeatedly stunned US printers by completing fifteen different 4/4 perfecting jobs of 500 sheets apiece in less than 60 minutes. At half-time it looked as though the high-tech press line exhibited would be snapped up by a printer from Canada.

B2 (29in) format demonstrations were given on a 605 x 750mm (23.81 x 29.53in) Rapida 75 five-colour coater press with nonstop facilities at the feeder and delivery, DensiTronic density and spectral imaging control, CIP interface and simultaneous impression and blanket cylinder washing. This compact and sensibly automated press, whose energy efficiency is fast becoming a byword, is finding more and more buyers among small-scale printers in North America. And with environmental issues firmly in the spotlight, KBA's stand would not have been complete without the Genius 52 UV built by subsidiary KBA-Metronic. The USA is the biggest market for this waterless, keyless B3 (20in) press, which runs up to saleable colour in around ten sheets and can print paper, board and even plastic film up to 0.8mm (0.032in) thick.

The few contracts signed at PRINT 09 were mainly for small- and half-format presses. However, a few projects for medium- and large-format presses were also initiated, and KBA is hopeful that its persuasive performance will soon enable it to announce additional orders. But they are unlikely to approach the high volumes for North America of 2005 and 2006 until the end of the financial crisis is in sight and the economy starts to rebound.

Recommend Innovating against the crisis: KBA flies the flag in Chicago press release