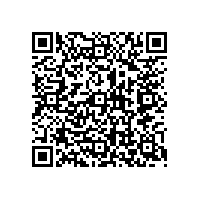 Compared to the first quarter, the volume of new orders for sheetfed presses booked by German press manufacturer Koenig & Bauer AG (KBA) in the second quarter almost doubled to €145m. But with the exception of security presses demand was noticeably softer for newspaper and commercial web presses and special presses for niche applications. The group order intake for the first six months came to €489.1m, 31% below the prior-year figure of €708.8m which, however, had been boosted by the Drupa trade fair. The slide in incoming orders at KBA was thus less severe than in the German engineering industry in general and in the printing-press sector, which posted a drop of 46% and 47% respectively.

With softer sales squeezing profit margins, on 30 June the KBA group posted an operating loss of €42.4m (2008: a €4.7m profit). However, the substantial savings in labour costs delivered by trimming the workforce in Radebeul following the approval of a compensation plan will work through to the bottom line in the second half-year, as will capacity adjustments at various subsidiaries. And major progress in cutting material and other costs enabled KBA to trim its pre-tax loss from €35.2m in the first quarter to €12.2m in the second, a reduction of almost two-thirds. The pre-tax loss of €47.4m for the entire period was also smaller than anticipated. After deducting taxes the group posted a loss of €46.8m (2008: a profit of €6.8m). Earnings per share worked out at -€2.86 (2008: +42 cents).

Once again, the financial figures for the KBA group contrasted sharply with those of other players in this sector. Cash flows from operating activities were positive, totalling €9m (2008: €34.2m). This was largely due to a drop of €79m in trade receivables and of €32.7m in inventories. The free cash flow, at -€1.1m, was almost balanced, while funds remained steady during the period at around €83.5m and the group's net financial position at 30 June was similarly stable at €22.2m. An equity ratio of 34% was above the industry average.

On 30 June there were 7,411 employees on the Group payroll, a reduction of 687 in twelve months. Staff adjustments at various locations will bring the number below 7,000 by the end of the year. With demand for big web presses showing no signs of revival, management is currently negotiating with worker representatives and the trade union to cut 400 jobs at KBA's web press production plants, trimming the group payroll to around 6,500. Major progress has already been made in adjusting sheetfed operations to what is expected to be a smaller market volume in the longer term.

A decline in installations of newspaper and commercial web presses caused a year-on-year drop in domestic sales of more than a quarter. With recessions in key markets such as Italy, Spain and the UK showing no sign of ending, the level of group sales generated in Europe fell to 39%, well below the historical average of 50%. The delivery of a big web press to New York stemmed the long-term decline in North American sales, lifting the level to 13.4%. The proportion of sales generated in Asia and the Pacific shrank to 8.9%, largely due to the absence of big press installations, but with demand in China picking up, this will be a temporary blip. The delivery of several commercial web presses to Brazil and Venezuela pushed the figure for Africa and Latin America up to 22.6% of the group total.

KBA president and CEO Helge Hansen said: "In the second quarter we were obliged to adjust our sales objectives for web and non-security special presses, but if the sheetfed division maintains the upward trajectory of the past four months we believe there is still a fair chance of compensating for shortfalls in other areas and thus of approaching our sales target of €1.2bn."

Following the uptick of the second quarter Hansen is confident that, if sales and personnel costs maintain their current trends, KBA will improve its performance in the third quarter and post a profit in the fourth. Notwithstanding current market instability, the substantial progress made in restructuring operations and cutting costs should enable the group to achieve its ambitious objective of posting a balanced result by the end of the year.

The financial statements can be downloaded as a PDF file from http://www.kba-print.de/en/investor/berichte/09.html