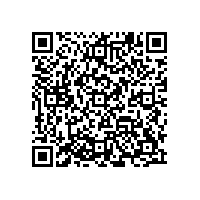 (PresseBox) ( Würzburg, 17-10-10 )
At the IFRA World Publishing Expo in Berlin in mid-October, just a few days after the company's 200th anniversary celebrations, Koenig & Bauer made its first major public appearance in its newly launched corporate design and with the new slogan “we’re on it”. The diverse presentations and discussions at the exhibition booth of the group business units responsible for the newspaper market – KBA-Digital & Web Solutions and PrintHouseService (PHS) – drew attention to the generally reduced number of new press projects, and above all to service-related topics.

In the newspaper branch, in particular, the volume of spending to maintain and modernise existing installations has increased significantly in comparison to the investments in brand new presses. Alongside classic services such as retrofits and press relocations, more and more users are seeking upgrades to expand their production options and thus to improve press utilisation. Typical examples are coating units to enable commercial products to be printed on the waterless Cortina newspaper press, facilities for four-page centre spreads and new advertising formats, or stitchers to enhance the user-friendliness of printed newspapers.

Ribbon and section stitchers have already been incorporated into web presses for the finishing of tabloid products for some years. For broadsheet newspapers, on the other hand, the expensive option of longitudinal gluing has to date remained the only solution. That is all about to change, however, with a new lateral stitcher manufactured by Tolerans. The new unit is installed on the former and places staples in the first longitudinal or former fold of each newspaper section, either continuously or intermittently. Two staples per page length is the standard, although KBA-Digital & Web has already received enquiries for three staples per page length. Where certain prerequisites are met, this wish can also be realised.

The lateral stitcher concept is not limited to just broadsheet products, as demonstrated by the world's first pilot installation on a Commander press at Herenco Press in Jönköping/Sweden. Here, the belt guide of the KF 80 folder, with its recently retrofitted quarter-fold module, was adapted to implement lateral stitching. With just minimal investment outlay, Herenco Press has thus gained the capability to stitch quarter-fold products inline in a format close to A4. The conveyor chain passes the stitched and folded products directly to the three-knife trimmer and on to the compensating stackers for “bundling”. That reduces both labour costs and waste.

Internet-based offers on the rise

The extended service portfolio of KBA-Digital & Web also includes various Internet-based offers. In its so-called “Active Corner”, for example, KBA-Digital & Web presented a number of augmented reality options and other means to reduce operating costs, such as predictive maintenance or the energy consumption monitoring system ViSuEnergy. With AR-DataGlass, the specialists at Koenig & Bauer are able to follow the actions of an on-site technician in real time. Intervention times are reduced significantly and there are no misunderstandings due to communication difficulties. VisuEnergy meters and evaluates energy consumption across an entire print company. Another online-based tool is KBA MobileConsole. Designed for use in industrial environments, this tablet serves as a mobile press console with full operating functionality.

Despite the widespread reluctance to invest in the international newspaper industry, there are still numerous new press lines being installed and commissioned around the world. Druck- und Pressehaus Naumann in Gelnhausen near Frankfurt, for example, marked the 50th anniversary of the company in September 2017 by commissioning a new Commander CL from Koenig & Bauer, and in doing so has practically doubled its print capacity (see separate press release).

On the island of La Réunion in the Indian Ocean, the 20th Cortina waterless press – in a configuration incorporating hot-air dryers – is set to commence production within the next few days. And two further 32-page Cortina press sections will soon be delivered to Coldset Printing Partners in Belgium.

There is currently relatively little movement in the field of digital newspaper printing. It is already some years ago that Koenig & Bauer demonstrated the fundamental suitability of a digital inkjet process for hyperlocal or highly targeted short runs, personalised supplements and special products in the fields of event and reader marketing. With the RotaJET L for web widths from 77 to 138 cm, it can also offer a suitable digital press. With the exception of a few installations for foreign newspapers on islands or in densely populated metropolitan regions, however, the branch remains reluctant to invest in digital print due to the higher costs for consumables and the reduced productivity where longer runs are required.

RUD helps design Gate to the World in Amsterdam