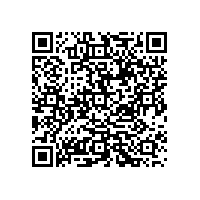 (PresseBox) ( Würzburg, 09-02-27 )
At the mediaXchange trade fair organised by the Newspaper Association of America (NAA) from 9 to 11 March at the Mandalay Bay Convention Center in Las Vegas, KBA North America Inc. on stand 1547 will be demonstrating its industry dedication and strength by promoting Koenig & Bauer's cutting-edge newspaper press technology which is customised for the North American newspaper industry. The focus will be on a fifteen-tower KBA Commander CT (=CompacT) press scheduled to come on stream this autumn at the New York Daily News. The Commander's advanced level of productivity and automation - which includes automatic plate change - redefines the standard in US newspaper production.

The three triple-wide KBA Commander CT presses at the Daily News will replace eight aging press lines from a US manufacturer and will deliver the fast ROI demanded by American newspaper publishers through savings in manning, energy and infrastructure. Standing 4m high, the glide-apart Commander CT towers require no costly custom-built press hall, and far less operational and maintenance input than conventional four-high or satellite towers because they have just one operating level. All the printing couples can be conveniently accessed via a lift. And because the towers split down the centre at the touch of a button, changing the blankets and washcloths is child's play. Registration in full-colour production is outstanding because the compact design minimises fanout, even on a triple-wide press like the Commander CT for the Daily News, which has a maximum web width of 1,905mm.

The Commander CT's superb print quality and unique low build made the addition of a horizontal dryer an automatic choice, enabling it to print semi-commercials and hybrid heatset/coldset products during the day in addition to newspapers at night. Even so, the press is scarcely higher than a conventional four-high tower. The heatset capability makes the Commander CT an attractive proposition for printing the retail supplements that are so popular in the North American market, and increasing the level of press utilisation automatically improves the ROI. Although the financial and economic meltdown has had a severe impact on sales, KBA is confident that the Commander CT contract signed a year ago in New York will be followed at mediaXchange in Las Vegas by a further order from a US customer.

Original Berliner at the Reading Eagle

Alongside double- and triple-wide versions of the Commander CT, KBA continues to offer US newspaper publishers a range of high-tech conventional presses. A KBA Colora that recently went on line at the Reading Eagle Company in Reading, Pennsylvania, is the first newspaper press in North America in the original Berliner format.

Photo 2:
This KBA Colora which recently went live at the Reading Eagle Company in Reading, Pennsylvania, is the first in North America in the original Berliner format. The independent newspaper publishing house signed up for the Colora two years ago at the forerunner to mediaXchange, Nexpo in Orlando, Florida