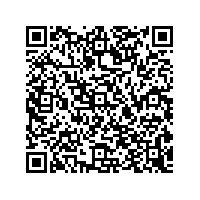 Cortina users meet in Eindhoven for their annual exchange of experiences

(PresseBox) ( Würzburg, 17-11-13 )
This year’s meeting was already the 13th time that users of the Cortina waterless newspaper press had come together to gather information on technical developments, to share practical experiences and to elaborate joint strategies within the framework of an annual Cortina User Workshop. The event initiated by Koenig & Bauer is held at the location of a different user or supplier industry partner each year, with central organisation placed in the dependable hands of Peter Benz, project manager at KBA-Digital & Web Solutions and the driving force behind the workshop. The host for the 2017 meeting was APEX International, the world's largest manufacturer of anilox and metering rollers with headquarters in Hapert near Eindhoven in the Netherlands.

The almost 90 participants represented 34 different companies from 13 different countries. The two-day workshop was moderated, as always, by Peter Benz, who was pleased to be able introduce numerous participants who were attending for the first time, in particular the future Cortina users Paul Huybrechts and Pascal Coenen from Printing Partners Paal-Beringen N.V. in Belgium

Marian Waterschoot, CEO of Apex International, and Thomas Potzkai, head of service and project management at KBA-Digital & Web Solutions, opened the workshop with an official welcome to the participants.

Subsequently, a joint presentation given by global marketing manager Jeanine Graat and global offset manager Joris Cabri on behalf of APEX International provided an overview of the company’s product portfolio and explained some of the special features and benefits of the technologies used in anilox roller manufacture.

Further presentations addressed topics such as current retrofit packages and service modules, as well as future preventive measures planned by KBA-Digital & Web Solutions to support the waterless Cortina process. The agenda for the first day was rounded off with a short tour of the production facilities in Hapert, and later a guided coach tour around Eindhoven followed by dinner together at the distinctive Evoluon conference centre.

The second day was also devoted to a series of technical presentations and experience reports from representatives of the supplier industry and users of Cortina presses.

Paul Huybrechts, CEO of Coldset Printing Partners, spoke about the printroom of the future, changing market conditions, and how his company in Belgium is responding to digital transformation. In November 2016, it was decided to further expand the Beringen location and then to close the Brussels plant by 2021. The project “Printroom of the future” was born. To realise this vision, an existing Commander press line is to be expanded over the course of the next two years through the integration of a Cortina comprising four towers, two folders, a coater and facilities for variable web widths.

Patrick Danninger from the Rheinpfalz Print Centre in Oggersheim, near Ludwigshafen, presented the results of a survey conducted among Cortina users. On the basis of the feedback received, he evaluated user satisfaction in various areas, for example consumables, the waterless process in general and press technology.

Mitsunori Hayashi, general sales manager for Toray, introduced the new sales organisation of the TTCE Graphics Division in Prostějov in the Czech Republic and described how individual markets are served by the dealers marks-3zet, Wifac and Schneidler Grafiska, the latter specifically in Scandinavia. He also reported on the two new plate types Imprima WA and Imprima WB, which were launched successfully in the first quarter of 2017. Furthermore, he underlined that Toray would be working continuously to offer Cortina users maximum sustainability with regard to its products.

Michael Millea, consultant to the Heights Group, explained the different sectors in which Heights is active. The partners of the privately held family-run company include not only Toray, but also branch giants such as Kodak and Fuji, and even KBA-NotaSys in the field of special printing applications. Michael Millea presented some of the jointly developed products and drew attention to the main features of the TWP 1250 NEWS processor system.

Yuval Dubois, president and CEO of Presstek Europe LLC, said that his company would be further strengthening its focus on the Cortina users in the future and had invested accordingly in both its sales organisation and technical support. Particular attention was to be paid to the provision of technical advice to customers. The new Zahara XP Newz plate is an eco-friendly plate which can be washed with water alone. It is suitable for imaging on all platesetters which are compatible with waterless plates and operate in the IR-sensitive range around 830 nm (thermal plates).

Thomas Fuss, director for web offset product management (Europe) for the Huber group, gave a brief overview of the product portfolio and the reorientation of the group’s web offset activities in Europe. The Huber group is today committed to a simple basic formula for waterless printing inks, using reliable raw materials and geared to an optimised temperature stability. All basic components and specification limits have been defined in accordance with the experience gained and are thus reproducible.

Patrick Zürcher, managing director of Freiburger Druck, reviewed the project “Mineral-oil-free inks” and the results of tests conducted in Freiburg together with ink manufacturer KMI (Kwang Myung Ink Co. Ltd.) and Wifac bv. These results were described as extremely positive.

The concluding highlight for the workshop participants was a thought-provoking presentation given by Reinhard Karger, corporate spokesman for the German Research Centre on Artificial Intelligence (DFKI) in Saarbrücken, entitled “Artificial intelligence – Dynamics for the economy, chances for humanity!”

The 14th Cortina User Workshop has been scheduled for 26th and 27th September 2018 and will be taking place in Munich, where the Huber group has already offered to host the event.