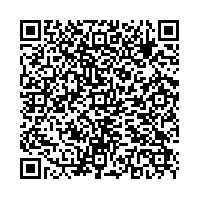 D3PUBLISHER to bring focus features and Laika's Coraline to Wii(TM) , Nintendo DS(TM) , and the PlayStation®2 system in early 2009

Subscribe to news
(PresseBox) ( Cambridge, 08-10-21 )
Based on the exciting new movie Coraline - the first-ever stop-motion animated feature to be made in 3-D - from Focus Features and LAIKA, the Coraline videogame is coming from D3Publisher (D3P). The game will let players take on the role of the adventurous heroine Coraline and interact with the wondrous characters from the movie while navigating the scheming Other Mother's web of deceit in a fantastical adventure through two distinct and interactive worlds. Coraline is slated to ship to retail stores for the Wii(tm) system, Nintendo DS(tm) and the PlayStation®2 computer entertainment system in early 2009.

"The Coraline movie is absolutely mesmerizing and we feel that the visual style and tone of the game will bring the amazing stop-motion animated film and thrilling storyline to life for players," said Bill Anker, vice president of business development, D3P. "We're confident that Coraline will offer a truly immersive and interactive gameplay experience that gamers as well as fans of the movie and best-selling book will enjoy."

The only videogame based on the upcoming movie, Coraline will allow players to explore and interact with such immersive 3-D environments from the movie as the Pink Palace, its nooks and crannies and apartments, and the unpredictable Other World. Players will engage in unique mini-games and adventures with Coraline's friends Wybie and Cat as they collect items that will unlock the mysteries of the Other World.

Coraline is under development for Wii and the PlayStation 2 system by Papaya Studios and by Art Co. Ltd., for Nintendo DS.

For more information on Coraline (The Game), please visit: www.d3publisher.com

About Coraline (the movie)

From Henry Selick, visionary director of The Nightmare Before Christmas, and based on Neil Gaiman's international best-selling and Hugo Award-winning book, comes a spectacular stop-motion animated feature - the first to be originally filmed in stereoscopic 3-D. A young girl (Dakota Fanning) walks through a secret door in her new home and discovers an alternate version of her life. On the surface, this parallel reality is eerily similar to her real life - only much better. But when this wondrously off-kilter, fantastical adventure turns dangerous, and her counterfeit parents (voiced by Teri Hatcher and John Hodgman) try to keep her forever, Coraline must count on her resourcefulness, determination, and bravery to get back home - and save her family.

Focus Features (www.filminfocus.com) exists to produce, acquire and distribute original and daring films that challenge the mainstream to embrace and enjoy voices and visions from around the world that deliver global commercial success. The company's Oscar-winning films have included Brokeback Mountain, The Pianist, Lost in Translation, The Constant Gardener, Eternal Sunshine of the Spotless Mind, The Motorcycle Diaries, and Atonement.

Universal Pictures markets and distributes films internationally through Universal Pictures International (UPI), which officially began doing business on January 1, 2007. In the United Kingdom, Spain, Italy, Germany, Austria, German-speaking Switzerland, Benelux, Russia, Australia, Mexico and France, UPI directly markets and distributes movies through our local offices, creating campaigns and release strategies that respond to the culture and market behavior of those territories. In other parts of the world, Universal distributes through Paramount's local offices as it transitions out of formerly shared UIP model. In some smaller territories we continue to work through UIP on theatrical distribution.

LAIKA, Inc. (www.laika.com) is the Portland-based entertainment and media company specializing in animated feature films, television commercials, music videos, broadcast graphics and short films. It is a dynamic community of filmmakers, designers and animators fueled by the vision of its owner and Chairman, Philip H. Knight, co-founder and Chairman of Nike, Inc.

D3Publisher, a subsidiary of D3, Inc., is a leading interactive entertainment publisher and distributor for licensed and original titles for personal computers, major console platforms and handheld systems. D3Publisher has operations in the U.S., U.K., and Japan. The company also owns development studio Vicious Cycle Software, Inc., and its technology platform, Vicious Engine. Recent releases have included Dark Sector®, Dead Head Fred®, Puzzle Quest: Challenge of the Warlords®, and Ben 10(tm) : Protector of Earth. For more information about D3Publisher, please visit: www.d3publisher.com Dark Sector® is a registered trademark of Digital Extremes. All other trademarks are the property of their respective owners and used with permission. All rights reserved.

A look back at the Centric Web Customer Day 2020: