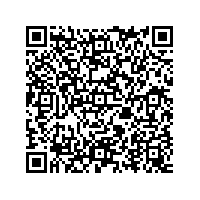 Net profit amounted to NOK 21.6 million, an increase from 10.0 million. This corresponds to earnings per share of NOK 0.12, compared to NOK 0.06 last year.

"While growth, both on the top and bottom line, was unusually strong this particular quarter, the main message is that the quarterly figures confirm the underlying progress that Kitron has made over the past couple of years. The order backlog is solid and the main production facilities are now updated and highly competitive, supporting our outlook for the rest of 2017."

Kitron's revenue for the first quarter increased by 18 per cent compared to the same period last year. Adjusted for foreign exchange effects, the increase was 23 per cent. Growth compared to the same quarter last year was particularly strong in the Defence/Aerospace market sector. Industry and Energy/Telecoms also recorded solid growth.

The order backlog ended at NOK 1 059 million, an increase of 17 per cent compared to last year. Orders received in the quarter were NOK 620 million.

During the quarter, Kitron reported two key defence orders. Kitron received a NOK 120 million order from Kongsberg Defence Systems (KONGSBERG) for military communications equipment. Manufacturing and technical services will be provided by Kitron in Arendal, and deliveries will take place from 2017 to 2020. Further, Kitron signed an agreement with Rheinmetall MAN Military Vehicles. The potential contract value is NOK 250 million over a five-year period. The agreement covers manufacturing of electronics, measuring instruments and control devices. The production will take place at Kitron's plant in Kaunas, Lithuania.

Kitron Sweden has relocated to the new-built facility in Torsvik. While the move was completed according to budget and without significant technical problems, some temporary inefficiencies impacted profitability in the first quarter. In March, Stefan Hansson Mutas assumed the role of Managing Director of Kitron Sweden.

For 2017, Kitron expects revenue to grow to between NOK 2 150 and 2 350 million. The EBIT margin is expected to be between 5.6 and 6.4 per cent. The growth is primarily driven by customers in the Industry sector. The profitability increase is driven by cost reduction activities and improved efficiency.

Enclosed in PDF are the quarterly report and the presentation.

The interim report is presented today at 8:30 a.m. CEST. The presentation will be given in English by CEO Peter Nilsson and CFO Cathrin Nylander, and will be webcast at the following link: http://webtv.hegnar.no/presentation.php?webcastId=51444445

Kitron is one of Scandinavia's leading electronics manufacturing services companies for the Defence/Aerospace, Energy/Telecoms, Industry, Medical devices and Offshore/Marine sectors. The company is located in Norway, Sweden, Lithuania, Germany, China and the United States. Kitron had revenues of about NOK 2.1 billion in 2016 and has about 1 350 employees. www.kitron.com

This information is subject to the disclosure requirements pursuant to section 5 -12 of the Norwegian Securities Trading Act.