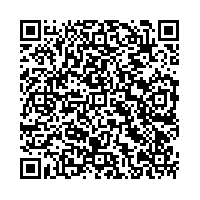 "I am delighted with the results for our current fiscal quarter. They continue to validate our strategy of increasing our focus on our core instrumentation products as well as our ability to sustain the improvements we have made in our cost structure. We continued to see the results of the solid foundation we have put in place, which enabled us to leverage our earnings on increased customer demand," said Joseph P. Keithley, the Company's Chairman, President and Chief Executive Officer.

The Company completed the sale of its Bainbridge Road, Solon, Ohio, facility during the fourth quarter which resulted in net proceeds of $3.5 million and a pre-tax gain of $1.9 million.

Keithley extended congratulations to the recipients of the 2010 Nobel Prize in Physics, Drs. Andre Geim and Konstantin Novoselov, for their research on graphene, a single-atom-thick form of carbon. Keithley Instruments' products, including its SourceMeter® instruments and nanovoltmeters, are used by the recipients in their research.

During the quarter, the Company announced the release of its ACS Basic Edition Version 1.2 Semiconductor Parametric Test Software for semiconductor test and measurement applications. This software upgrade adds new levels of usability, convenience and productivity in the characterization of component and discrete semiconductor devices.

The Company also introduced the six-slot Model 707B and single-slot Model 708B switch matrix mainframes, which are optimized for both R&D and production semiconductor test applications. Both of these new mainframes incorporate Keithley's virtual backplane technology implemented with our Test Script Processor architecture which provides substantial throughput advantages over competitive models. These switch mainframes are also key components of the S530 parametric test system.

Fiscal 2010 net sales were $126.9 million, an increase of $24.3 million, or 24 percent, from $102.5 million during fiscal 2009. The effect of a weaker U.S. dollar positively impacted sales growth by approximately one percentage point.

The Company reported income before taxes of $25.4 million during fiscal 2010, compared to a loss before taxes of $19.4 million during the prior year. On a non-GAAP basis, the Company reported income before taxes of $21.8 million for fiscal 2010 compared to a non-GAAP loss before taxes of $9.9 million for the prior year. This reflects an increase of $31.7 million in non-GAAP income before taxes on $24.3 million of higher net sales. This improvement was primarily due to higher gross profit on higher net sales. Non-GAAP gross profit, as a percentage of net sales, increased to 64.8 percent for the fiscal 2010 compared to 56.2 percent for the prior year. Additionally, total product development and selling, general and administrative expenses decreased $7.3 million, or 11 percent, as compared to those costs of fiscal 2009. Non-GAAP results in fiscal 2010 exclude the $2.9 million net gain on the sale of the RF product line, the $1.9 million gain on sale of the Company's Bainbridge Road building, $0.1 million of income for the reversal of certain previously-recorded restructuring costs and $1.3 million for transaction costs associated with the pending merger with Danaher. Non-GAAP results in fiscal 2009 exclude $2.5 million of costs associated with the exit of a product line and $6.9 million of restructuring costs.

The Company recorded tax expense of $0.5 million for fiscal 2010, an effective rate of 2.0 percent. The effective tax rate is lower than the U.S. statutory rate primarily because the Company recognized income in the U.S. with no corresponding tax expense as a result of fully reserved tax assets and benefited from the carryback of the net operating losses generated in fiscal 2009. This compared to tax expense of $31.1 million for fiscal 2009, which included a $30.0 million charge, recorded in the first quarter of fiscal 2009, to fully reserve the Company's U.S. deferred tax assets.

"Our Company's performance in fiscal 2010 represents a tremendous turnaround from the prior year. Fiscal 2009 was a year of strategic redirection for the Company with an increased focus on our core instrumentation products. We made many difficult decisions in order to achieve our return to profitability and realize an outstanding return on shareholders' equity of 44 percent in fiscal 2010. I am grateful to all of our employees for their dedication, energy and commitment to continuous improvement, all of which enabled this remarkable year," commented Mr. Keithley.

Non-GAAP gross profits and non-GAAP income (loss) before taxes are "non-GAAP" financial measures. The tables included in this release contain a reconciliation of these non-GAAP financial measures to the most directly comparable GAAP measures. Neither non-GAAP measure is a measurement of financial performance under GAAP and such measures should not be considered as an alternative to gross profit, income (loss) before taxes or other measures of performance determined in accordance with GAAP. The Company also discloses percentages of sales for these non-GAAP measures.

On September 29, 2010, the Company announced that it had signed a definitive merger agreement pursuant to which Danaher will acquire all of the outstanding Common Shares and Class B Common Shares of Keithley at a purchase price of $21.60 per share in cash. The merger is subject to customary closing conditions, including the receipt of regulatory approvals and adoption of the merger agreement by Keithley's shareholders. The Company will hold a special meeting of its shareholders on November 19, 2010 for purposes of voting on the merger and has filed with the Securities and Exchange Commission and mailed to its shareholders of record as of October 22, 2010, the record date established for the special meeting, a definitive proxy statement. If the merger is approved and other conditions to closing have been satisfied, it is anticipated that the merger will be completed during the fourth quarter of calendar 2010.

Additional Information and Where to Find It

Keithley Instruments, Inc. has filed with the Securities and Exchange Commission (the "SEC") a definitive proxy statement and other relevant materials in connection with the proposed Merger. The definitive proxy statement will be sent or given to Keithley shareholders. BEFORE MAKING ANY VOTING OR INVESTMENT DECISION WITH RESPECT TO THE MERGER, INVESTORS AND KEITHLEY SHAREHOLDERS ARE URGED TO READ THE PROXY STATEMENT AND THE OTHER RELEVANT MATERIALS WHEN THEY BECOME AVAILABLE BECAUSE THEY WILL CONTAIN IMPORTANT INFORMATION ABOUT THE PROPOSED MERGER. The proxy statement and other relevant materials (when they become available), and any other documents filed by Keithley with the SEC, may be obtained free of charge at the SEC's website at www.sec.gov, or by going to the Company's website at http://ir.keithley.com.

Participants in the Solicitation

Statements in this press release that are not strictly historical, including statements regarding the pending merger, the expected timetable for completing the transaction and any other statements regarding events or developments that we believe or anticipate will or may occur in the future, may be "forward-looking" statements within the meaning of the federal securities laws. There are a number of important factors that could cause actual events to differ materially from those suggested or indicated by such forward-looking statements and you should not place undue reliance on any such forward-looking statements. The factors that could cause actual results to differ materially from those expressed in a forward-looking statement include, among other factors, we may be unable to obtain the shareholder approval required for the merger; the uncertainty of regulatory approvals; conditions to the closing of the merger may not be satisfied; the merger may involve unexpected costs or unexpected liabilities; our businesses may suffer as a result of uncertainty surrounding the merger; and we may be adversely affected by other economic, business and/or competitive factors.

Other factors that could cause our actual results to differ from forward-looking statements regarding its business and operations include, but are not limited to, worldwide economic conditions; uncertainties in the credit and capital markets including the ability of our customers to access credit and our risk to cash and short-term investments that are not backed by a government agency; business conditions in the semiconductor, wireless, precision electronics and other segments of the worldwide electronics industry, including the potential for any recovery to stall or for the industries to decline; the timing of large orders from customers or canceling of orders in backlog; timing of recognizing shipments as revenue; changes in product and sales mix, and the related effects on gross margins; our ability to develop new products in a timely fashion and gain market acceptance of those products to remain competitive and gain market share; our ability to work with third parties; competitive factors, including pricing pressures, loss of key employees, technological developments and new products offered by competitors; the impact of our fixed costs in a period of fluctuating sales; our ability to adapt our production capacities to rapidly changing market conditions; our ability to implement and effectively manage IT system enhancements without interruption to our business processes; our ability to realize the benefits of planned cost savings without adversely affecting our product development programs and strategic initiatives; the availability of parts and supplies from third-party suppliers on a timely basis and at reasonable prices; changes in the fair value of our investments; the potential volatility of earnings as a result of the accounting for performance share awards; changes in effective tax rates due to changes in tax law, tax planning strategies, the levels and countries of pre-tax earnings, deferred tax assets or levels of pre-tax earnings; potential changes in pension plan assumptions; foreign currency fluctuations which could affect worldwide operations; costs and other effects of domestic and foreign legal, regulatory and administrative proceedings; government actions which impact worldwide trade; and matters arising out of or related to our stock option grants and procedures and related matters. Further information on factors that could cause actual results to differ from those anticipated is included in the Company's annual report on Form 10-K and quarterly reports on Form 10-Q which are filed with the SEC. In light of these uncertainties, the inclusion of forward-looking information should not be regarded as a representation by the Company that its plans or objectives will be achieved. Further, the Company undertakes no obligation to revise forward-looking statements contained herein to reflect events or circumstances after the date of this release or to reflect the occurrence of unanticipated events.

With more than 60 years of measurement expertise, Keithley Instruments has become a world leader in advanced electrical test instruments and systems. Our customers are scientists and engineers in the worldwide electronics industry involved with advanced materials research, semiconductor device development and fabrication, and the production of end products such as portable wireless devices. The value we provide them is a combination of products for their critical measurement needs and a rich understanding of their applications to improve the quality of their products and reduce their cost of test.