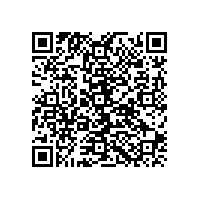 Subscribe to news
(PresseBox) ( Brussels, 10-11-02 )
KBC today finalised the sale of reinsurance company Secura NV to the QBE Insurance Group, as announced on 5 July 2010. The sale price amounts to €267 million plus gains realised on the investment portfolio and earnings for 2010 up to the completion date. The capital release amounts to €139 million, based on an estimate of the gains and profit for the year.

With effect from today, the parental guarantees provided by KBC Insurance to Secura NV has been terminated. New and renewal insurance contracts will now be guaranteed by QBE International Holdings (UK) plc.

Johan Thijs, CEO of KBC's Belgium Business Unit, commented on the agreement: 'We are happy to announce the closing of this transaction, which is a new important step in the implementation of our strategic plan in which the KBC group focuses on its core bancassurance expertise in its home markets (Belgium and Central and Eastern Europe) and on a further reduction of its risk profile.

We are convinced QBE is the ideal party to help Secura further develop the strong brand it has already established.'

Steven Burns, CEO of QBE European Operations said: ' Secura will add considerable value to both our reinsurance capabilities and our presence in Europe. Its operations are highly complementary to our existing reinsurance business, and we look forward to growing the Secura franchise under our ownership.'

Secura is a specialised European property, non-life and life reinsurer. Established in 1946, it operates on a stand-alone basis within the KBC group and has consistently returned excellent operating results. Its premium income amounted to 218 million EUR in 2009 thanks to a broadly diversified and European portfolio, focusing on the Benelux and France. At the end of 2009, Secura contributed 28.6 million EUR to KBC Group's consolidated net profit. Secura operates from Brussels (Belgium) and employs 86 staff.

QBE is one of the top 25 insurance and reinsurance groups in the world, with offices in 50 countries and over 13 500 employees. It is headquartered in Sydney, Australia. Listed on the Australian Stock Exchange, its gross written premium for 2009 was €8.1bn and is rated 'A+' by Standard and Poor's.

KBC is a bancassurer that focuses on its home markets in Belgium and Central and Eastern Europe (Czech Republic, Slovakia, Poland, Hungary and Bulgaria). Its headquarters are located in Brussels (Belgium), the heart of Europe. The group employs around 54 000 staff and caters for 12 million customers. KBC Group NV is listed on NYSE Euronext Brussels (ticker symbol 'KBC').

For this transaction, KBC was advised by Willis Capital Markets & Advisory (financial adviser) and by Baker & McKenzie (legal adviser).