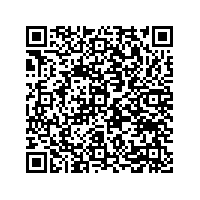 (PresseBox) ( Obertshausen, 19-12-05 )
Aramid fibre yarns are now widely used in technical applications. They are used in composites, for example, in hard ballistic systems, lightweight transport containers and laminated, high-performance sails, but they are also used in protective textiles – usually in woven textiles – for clothing. Compared to glass and carbon fibres that are also used, the specific characteristics of aramid yarns give them advantages that can be used in a wide variety of applications – but these come at a price. In particular, they have an exceptional impact resistance and energy absorption capacity. Unlike the versions made from carbon or glass, the aramid fibres are virtually undamaged by filament abrasion during processing. They can currently be processed on the COP MAX 5 multiaxial warp knitting machine to produce non-crimp fabrics with a degree of uniformity that has never been achieved before. Fine, lightweight, channel-free reinforcing structures are produced for use in applications requiring a high level of force absorption, especially in new and lighter, soft ballistic systems. We reported on the unique aramid structures produced on the COP MAX 5 in “Kettenwirk-Praxis”, issue 02/2018. /1/ This article deals with the subsequent development work.

KARL MAYER Technische Textilien GmbH set up a far-reaching development project, entitled “COP MAX 5 Aramid”, for processing high-performance fibres on multiaxial warp knitting machines. The aim of the project was to produce flat reinforcing textiles for composites having a low weight and a uniform fibre distribution. The surfaces of the finished textiles should have a dense structure, without any so-called laying channels. The fibre materials can be used to the maximum, thanks to their exceptional uniformity – which justifies the cost of the aramid yarns. The TC 66 online spreading unit and the COP MAX 5 Aramid multiaxial warp knitting machine were used to produce the new, lightweight textiles. The spreading unit ensures that the aramid yarns are spread to produce thin tapes, which are fed to the COP MAX 5 Aramid at a constant tension. The multiaxial warp knitting machine bonds the delivered material stitch by stitch to produce high quality, non-crimp textiles with a huge potential in the lightweight construction sector. The process runs discontinuously between the machines. The aramid material has to be cut following spreading and before laying.

Continuing work on the project

In the first stage of the project, a new tape cutting unit was developed as part of a thesis, which was specifically designed for cutting aramid tapes. This new system could be used to produce single layer, non-crimp fabrics with a laying angle of –45° and a virtually channel- free fibre arrangement, weighing just 120 g/m². The work on this stage ended in March 2018. The thesis was awarded a classification of “very good” at the Technische Universität Dresden (Dresden University of Technology). The second stage of the project involved extending the single fibre layer produced by another layer running in the opposite direction. To do this, the aramid cutting unit that had been developed was further optimised and complemented by a second unit. A new cutting unit was also added at the machine exit point to remove the textile structures produced reliably from the transport chain.

Biaxial textiles with a unique potential for producing lightweight structures

The second stage of the project resulted in the development of biaxial, non-crimp fabrics with laying angles of +/–45°, which deliver a completely new level of performance for the lightweight construction sector. The reinforcing textiles have an exceptionally flat surface and a uniform distribution of the aramid fibres – since there are no wavy or twisted yarns. Compared to conventional biaxial textiles produced on the COP MAX 4 or the COP BIAX based on a yarn laying process, the filaments have a much higher covering power. Intermediate film layers for compensating for channels and irregularities are no longer needed with the COP MAX 5 Aramid, so they are virtually a thing of the past. The fabric weight is also quite unique. The new textiles made from aramid tapes having individual layer weights of 90 g/m² and yarns having a count of 3,360 dtex with 2,000 filaments now weigh just 180 g/m². Up until now, aramid structures produced on the COP MAX 4 or the COP BIAX from expensive yarns with a count of 450 to 960 dtex could only be produced with up to 200 filaments, which means that they would then weigh 250 to 500 g/m². The COP MAX 5 Aramid technology also scores points in terms of costs: relatively coarse and economical aramid yarns can be processed into fine reinforcing structures, and there is less edge waste from the textiles. Compared to the simple yarn laying process, the potential savings could amount to thousands of euros a week!

Triaxial textiles are on the horizon

The developers at KARL MAYER Technische Textilien GmbH have hit the nail on the head with this new technology. This was clear from the reaction to the latest results of the project at various trade fairs this year. The technology generated at great deal of interest – especially at Techtextil in Frankfurt and the JEC in Paris. Enquires came from producers and organisations involved in protective clothing, and especially soft ballistic protection. But clothing companies in search of a second business opportunity were also keen to learn more about it. “Our business partners describe the new biaxial textiles as uniquely lightweight and uniform. They see a huge market potential for this new technology, and have encouraged us to take it further,” says Rainer Seuß, Product Management, Composites. Questions were asked in particular about the protective effects of triaxial textiles for use in ballistic systems. For this reason, the technologists specialising in applications technology would like to develop a non-crimp construction with laying angles of – 45°/90°/+45° for use in effective systems having a low weight, which would be acceptable to the wearers. When talking to people at the fair, Rainer Seuß discovered that, “Every kilogram saved in a ballistic jacket means that the soldier wearing it can carry an extra kilogram of equipment/supplies.” Lightweight, thin, soft ballistic vests can also be worn discreetly yet effectively under the polo shirts of security personnel. In this case, customers would expect the aramid fabric to weigh 270 g/m². Alongside the developments made by KARL MAYER Technische Textilien, the fibre specialist, Teijin, has also been expanding the potential of aramid for use in lightweight structures. Aramid yarns having a count of 2,000 dtex with 2,000 individual filaments have been launched recently.

The all-rounder in the compressor