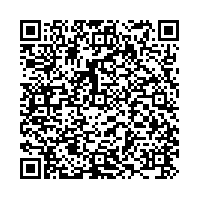 Subscribe to news
(PresseBox) ( Obertshausen, 12-06-29 )
KARL MAYER's attendance at ITM Texpo Eurasia 2012 could be described as being "a first" in many respects. This was the first trade fair that the company had exhibited at this year, it was the first time in a while that it was showing a machine actually operating, and the innovations on show were also being exhibited for the first time in Turkey. These were three good reasons for customers to visit KARL MAYER on its spacious stand, which was showcasing many interesting applications.

The latest generation of the HKS 3-M formed the focus of the presentation of the company and its products. This flexible, high-speed tricot machine was introduced onto the market at the turn of the millennium and was upgraded in 2007, which involved changing it over to using CFP components. Integrating lightweight components, among other things, increased the speed by 25%, but the most recent modifications have increased the operating speed by another 15%. The HKS 3-M can now reach speeds of up to 2,800 min-1 at a working width of 210" - a production rate that definitely secured the machine's place on the stand at ITM Texpo Eurasia 2012.

For some time now, Turkey has again been emerging as an important market for KARL MAYER, and demand there has been increasing surprisingly well. "Turkey was one of the five most important sales regions for our warp knitting machines in the last financial year," explained the sales director, Oliver Mathews, in an interview with Engin Buz, the editor of the magazine, Tekstil Dunyasi, which took place during the fair. KARL MAYER used to have a large customer base in Turkey, especially in the net curtain sector. After excellent financial results in 2006 and 2007, demand declined rapidly in the wake of the global economic crisis - a decline that lasted until about 2010. "Now the Turkish market is back in business," declared Oliver Mathews optimistically. It is difficult to predict what will happen for the whole of the 2012 financial year, but demand did increase during the first quarter. Sales are expected to rise over the next few months - in complete contrast to the general trend. "Business on the Asian market declined this year compared to 2010 and 2011. On the other hand, the number of orders from Turkey and India has increased surprisingly," said Oliver Mathews. The HKS 3-M has proved to be a particular best-seller. Manufacturers of embroidery grounds, net curtains and upholstery fabrics, as well as producers of stretch lingerie and semi-technical textiles, are expressing great interest in this high-speed machine. Bastian Frisch, KARL MAYER's sales director for warp knitting machines in Turkey and its agent, Erko Textil, had plenty of reason to look back on the fair with some satisfaction. "This year's fair has been the best organised, has clearly expanded at a global level, and also recorded a large number of visitors," said this experienced sales manager. The visitors not only came from Turkey, but also from Iran, Syria, Egypt and even Georgia. "All our regular customers paid us a visit and we had conversations on some very specific issues. We spoke to people who were very knowledgeable and extremely innovative. Textile producers are no longer merely content to follow trends, they also want to develop their own products and introduce new innovations. Of course, their enquiries related mainly to the new HKS 3-M. The performance and quality of this machine, which is now even more productive, was received enthusiastically, and attracted the interest of potential new customers in the embroidery and weaving sectors," concluded Bastian Frisch. "Consequently, ITM Texpo Eurasia was an important trade fair for us."

Whereas the market for conventional textiles is clearly increasing, the demand for technical textiles is still fairly muted in general. Despite this, Hagen Lotzman, KARL MAYER's sales manager in the Technical Textiles Business Unit, detected a number of positive impulses at the ITM. "The technical textiles business is increasing gradually," he said. "We had a number of conversations with our existing customers as well as with new producers, who have been operating exclusively in the clothing and home textiles sector but who are considering reorganising their product lines in the medium to long term."

In addition to offering advice on specific issues, Hagen Lotzman was able to set in motion concrete projects in established business fields. These related in particular to the production of backing substrates for use as advertising media and tarpaulins, for example.

From its Warp Preparation Business Unit, KARL MAYER was presenting its denim processing range and the latest generation of the Nov-O-Matic. This presentation not only generated a great deal of interest, it also resulted in many conversations relating to possible projects.

"Producers of shirting and silk fabrics were particularly impressed by the Nov-O-Matic 2. These manufacturers in particular are looking for a solution that will enable them to produce shorter weaving warps and smaller band widths efficiently," explained Martin Küppers, the sales director of KARL MAYER's Warp Preparation Business Unit, "We also had some very specific discussions on our INDIG-O-MATIC. The complete range for the denim market, with its end-use-specific configurations, is already extremely well established among Turkish manufacturers, but is attracting more and more customers. Our presentation enabled us to effectively reinforce our position as one the leading producers of warp preparation machines for the jeans sector."

Martin Küppers and his team were involved non-stop with talks and meetings on this technology at the fair. Most of the people who were interested came from Turkey, Turkmenistan, Iran and Syria.

In addition to discussing specific new projects, many of the discussions focused on the broad, medium- and long-term objectives of the manufacturers. A trend that emerged here was that the denim business is continuing to grow.