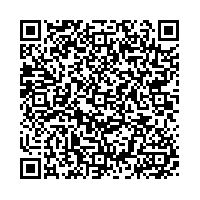 Subscribe to news
(PresseBox) ( Obertshausen, 12-06-29 )
KARL MAYER was exhibiting on two stands at Indo Intertex 2012, i.e. on an information stand in hall D alongside its agent, C. Illies & Co. to showcase its latest warp knitting machines, and in hall A in conjunction with its agent, Agansa, where samples and brochures of warp preparation machinery were available.

Plenty of people paid a visit to KARL MAYER's stand. For producers of kebaya fabrics in particular, this company is synonymous with quality and efficiency. Since the 1970s, KARL MAYER has been supplying lace machines for producing this traditional garment to the largest island state in the world. Most of the enquires made during Indo Intertex 2012 concerned lace raschel machines, especially the JL 83/1, JL 65/1 and the ML 46. The visitors asked many questions relating to the technical features of the machines and on possible product developments.

The HKS 3-M and HKS 4 high-speed tricot machines were also one of the main topics of conversation at the fair. The tricot fabrics produced on these three- and four-bar machines are mainly exported to the Middle East - to countries like Jordan and Dubai. Although textile turnover in this region has declined by over 25%, producers see positive signs there and are expecting demand to increase soon.

As far as the domestic market is concerned, the demand for warp-knitted spacer textiles has been rising constantly over the last two years. Producers of shoe textiles started this trend for 3D fabrics. These include many start-ups and established companies wishing to break into this market. This made the technical features of the RD 7 and RD 6 a main topic of discussion at the fair. Feedback on the individual machines was extremely encouraging and some of it related to possible projects. Discussions were held with established customers as well as manufacturers new to KARL MAYER. In fact, the company made over a 100 new contacts, enabling the employees in the Warp Knitting Business Unit to look back at the fair with some satisfaction.

The Warp Preparation Business Unit also received positive feedback on its participation at Indo Intertex 2012. Demand for preparation machinery for weaving and warp knitting has been rising quickly since the middle of last year on the Indonesian market - a trend that was confirmed by the number and quality of the conversations held in Jakarta. During the fair, the sales team discussed the business conditions, technical requirements and possible projects with many customers, made new contacts and reinforced KARL MAYER's image as a market leader.

Recommend A trade fair that opened many doors for KARL MAYER - the Indo Intertex, 19.-22.04.2012 in Jakarta press release