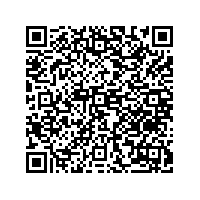 Wiesbaden, February 2nd 2018 / An unemotional analysis of Ms. Merkel's achievements is not promising / A restart in politics and economics is recommended / Germany is living off ex-chancellor Mr. Schröder's tough reforms

(PresseBox) ( Wiesbaden, 18-02-01 )
When analysing the achievements of Ms. Merkel’s long lasting leadership, the resulting list of breaches turns out to be very long.

Reforms: while German politicians ask other countries to follow economic reforms, Germany finds itself in a recent OECD ranking in the lower ranks. The last real economic reforms took place when Mr. Schröder was chancellor.

Public debt: while politicians are celebrating the public surplus, a deeper analysis takes into account the aging population, bail outs and the high tax rate in Germany. Then, even compared to Italy, Germany has got a higher public debt. Taking into account the – politically wanted - low interest rate, which saves the Treasury billions of Euros, a small public surplus is rather an evidence of incapacity than a sign of seriousness.

Pensions: again, while other countries are reforming their pension systems, in Germany the pensions are being raised and the retirement age is reduced – despite the upcoming demographic catastrophe and increasing lifetime. Short term muddling wins over strategic thinking.

Infrastructure: a closer look at the current state of public schools and streets in Germany and the low investment rate of the public households proofs the diminishing competitiveness – which will even worsen, as low investments usually show their clear effect with a certain delay. Short term muddling wins over strategic thinking.

EURO: most of the serious economists admit today the economic failure of the Euro experiment. With billions of additional debts and low interest rates, the Euro crisis was not solved or even addressed to be solved. Nothing was done to dismantle the Euro experiment, which will dissolve sooner or later by itself.

Target 2 Balances: part of the Euro system are the famously infamous Target 2 Balances. Currently the balance is around 900 billion Euro in disfavour of Germany’s Bundesbank. Most of the money will have to be written off, when the Euro dismantles.

Migration: Each and every day it becomes more evident that by opening the borders in September 2015 for uncontrolled migration, Ms. Merkel has committed a huge error. Crime is rising. Integration does not work. Parallel societies are being set up. And well trained Germans are leaving the country.

Education system: Germany has got very little natural resources. Its considerable wealth is built on education. While nobody questions this commonplace, during the leadership of Ms Merkel the quality of the public education system for the ordinary people is falling behind. Politicians know it and send their children to private schools, which are a very recent phenomenon in Germany.

Constitutional state: by ignoring the „no bail out rule“ of the Maastricht treaty and by opening the borders for “refugees” from safe third countries, Ms Merkel has not respected the law - however noble the intentions to safe countries and people might have been. Part of the social wealth of a country is the common trust of the people into the juridical system. By showing its people that a chancellor does not respect the law, Ms. Merkel has created a long lasting negative effect on the social wealth.

This list it too long to be ignored. Ms. Merkel has done a lot of harm to the German economy, which will only be seen in the medium and long term. She should take responsibility for her actions and retire soon.

k3 mapa is a top management consulting company which is focused on implementation. All our consultants have at least 10 years international experience, and come from industry champions or the best companies in the consulting world. k3 provides expertise in the core functions of the value chain. It is through this expertise that k3 can help its clients tackle complex cross-functional improvement endeavours (business excellence), function specific interventions (functional excellence) as well as project and interim management (project excellence). For more information: www.k3-mapa.com or info@k3-mapa.com