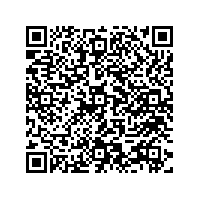 Subscribe to news
(PresseBox) ( Friedberg, 09-08-04 )
Broadcast technology manufacturer JVC has officially launched its GY-HM100 and 700 cameras in the Middle East, coinciding with the launch of its product roadshow in Dubai earlier this week.

The Dubai event, which was organised in conjunction with local distributor Oasis Enterprises, attracted around 35 end users, on its first day.

Product manager Semir Nouri, who is also a 17-year JVC veteran, claimed the new cameras would help ease the workflow in post production for Final Cut Pro (FCP) users, who can import footage straight into FCP and start editing instantly.

"Since the time we launched the first version of our HD cameras, we realised that customers wanted an easy workflow, where they could shoot, import the file to a desktop and instantly start editing," explains Nouri.

"Editors typically spend several unproductive hours importing files and converting them into a compatible format before they can start editing. And in many cases, the quality of the footage is lost in the process.

"Our relationship with Apple helped us make Quicktime one of the standard formats in this camera to support FCP users in the market. We also looked at supporting Avid, Canopus and Adobe editing systems. As a result, we made MPEG-4 the standard encoding technology in these cameras."

"We have already sold a number of cameras," he claimed. "We are confident these models will continue to prove popular despite the recession, mainly because of their versatility."